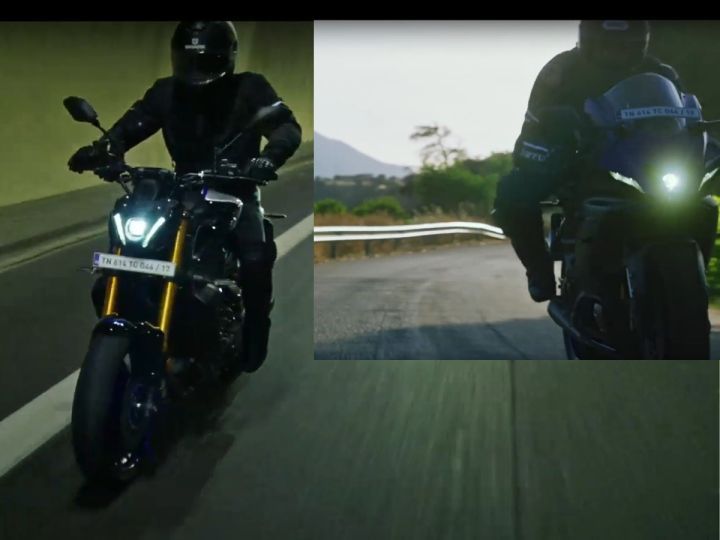 Yamaha Motor India has sneakily teased the YZF-R7 and MT-09 SP in its new brand commercial, hinting at the India debut of the two motorcycles. This development comes just three months after the it talked about the possibility of bringing the R7 and the MT-07 to our shores in small batches this year.

The commercial shows Yamaha India’s entire lineup and gives glimpses of the mid-displacement supersport and the middleweight streetfighter. Interestingly, the two upcoming motorcycles were seen donning Tamil Nadu-registered licence plates up front. This further cements the fact that Team Blue is gearing up to introduce these bikes here.

We expect Yamaha to introduce the bikes in India during the festive season. Given that the new OBD-2 regulations come into effect April 2023 onwards, Yamaha is pushing to launch these motorcycles this year since they do not comply with the new norms yet.

Yamaha is expected to introduce these motorcycles as Completely Built Units (CBU), making them quite an expensive proposition compared to their competitors. The R7 could be priced around Rs 11 lakh, while its competitor, the Kawasaki Ninja 650, is available at a much lower price point. However, to its credit, the R7 features fully adjustable suspension and even an optional quickshifter.

The Yamaha MT-09 SP could demand Rs 12.3 lakh (ex-showroom), while its primary competitor, the Triumph Street Triple RS, retails for Rs 11.35 lakh in India. And to take on the British Triple, the Japanese streetfighter packs an 889cc, inline-triple engine, churning 119PS and 93Nm. Yamaha also introduced lean-sensitive rider aids, governed by a six-axis IMU, with the 2021 MT-09. It even features fully adjustable suspension on both ends.

So, even though Yamaha is finally getting back in the big bike game, the motorcycles may not be as affordable as we expect them to be.