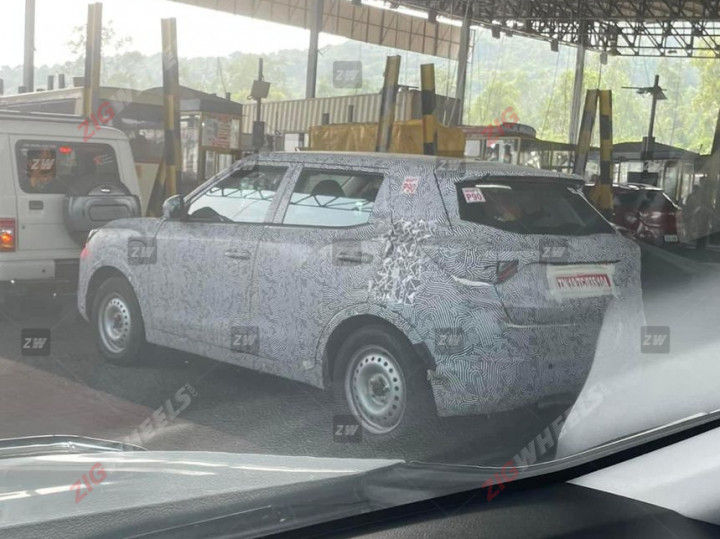 There was barely any noise around the Mahindra XUV300 Electric after its debut at the Auto Expo 2020. Now, the all-electric SUV has been spotted testing in the outskirts of Chennai. That said, the launch isn’t expected soon, as you know how much time a Mahindra test mule takes to hit the market (the Thar and XUV700 are examples).

But first, how do we know that this is the all-electric XUV300? Very simple. The front fender houses a lid for the charging port unlike the standard car or Nexon EV, which have it placed where you usually fill fuel. Furthermore, the basic architecture of the XUV300 Electric will be identical to the ICE-powered car.

Now to the design, which is pretty similar to the standard SUV. The model displayed at Auto Expo had a closed off grille, restyled LED headlights and tail lamps, as well as a bespoke front bumper. It will also get a unique wheel design to stand apart from the ICE-powered SUV. At last, like the Nexon EV, plenty of blue highlights denote its eco-friendly notions.

Save for the EV-specific dials, larger infotainment system, and gear selector, the dashboard design is similar to the standard SUV. The electric SUV gets an all-black theme, while the fuel-powered vehicle gets a dual-tone black-beige scheme. You can read our comparo of the XUV300 Electric and standard SUV right here.

The EV’s power and battery pack specifications are still under wraps. However, its benchmark is the Nexon EV, which gets a 129PS electric motor paired with a 30.2kWh battery pack. The Tata EV has an ARAI-claimed 312km driving range.

The Mahindra XUV300 Electric, likely to be launched later this year, could be priced from around Rs 14 lakh, putting it in contention with the Tata Nexon EV and MG’s upcoming India-specific EV. 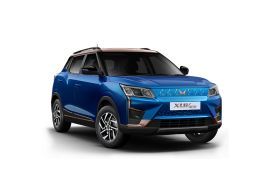 All Comparisons of XUV400 EV