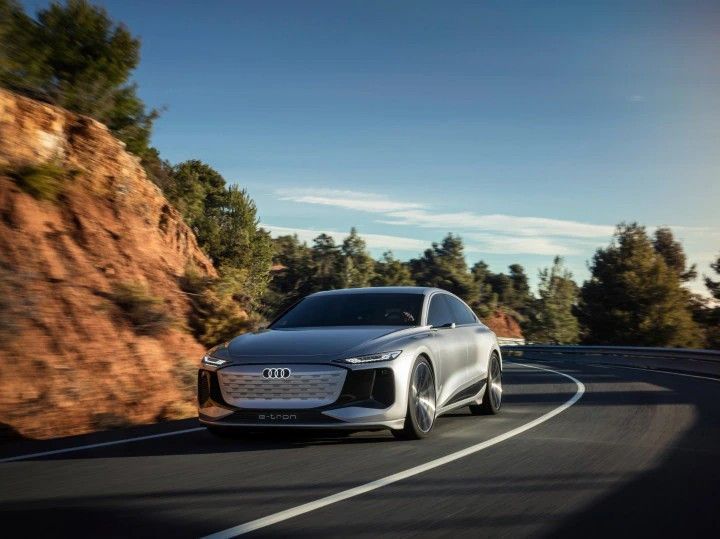 We already know that Audi will only unveil all-electric vehicles from 2026 after its final internal combustion engine model is brought in 2025. The carmaker has put out bold targets with plans to launch 30 electric Audis (of which 20 will be all-electric) by the end of 2025. But Audi never provided a clear picture of what’s coming.

That was until Audi head of design Marc Lichte and Audi senior VPHenrik Wenders teased three new concept sketches , which could provide some clues of Audi’s future lineup. Here’s all about them:

The first concept sketch looks to be a coupe that features a sleek design, with a nicely sloping roofline and a super long nose. Audi claims that it’ll be a driver’s car, capable of autonomous driving functions.

Next up, is a sketch that may retain some of the Sky Sphere’s roofline, but it looks to be a luxury sedan with a shorter nose and a lot more passenger area.

The biggest concept sketch of the three seems to be a big bulky SUV, or even a minivan of sorts. The teaser video mentions it being a ‘private space in an urban environment,’ which hints at a lot of passenger space inside.

Audi also hinted at intelligent AI-like technology from the sphere concepts, with the models being able to recognise its owners, learn their preferences and predict what experience they would like.

There’s no word on when these Audi concepts will debut, we expect them to reveal each concept at a different timeline, instead of at the same time.  The current all-electric models offered from Audi are the e-tron, e-tron GT, and the Q4 e-tron. This EV lineup is set to expand with the A6 e-tron and possibly the all-electric next-gen A4.