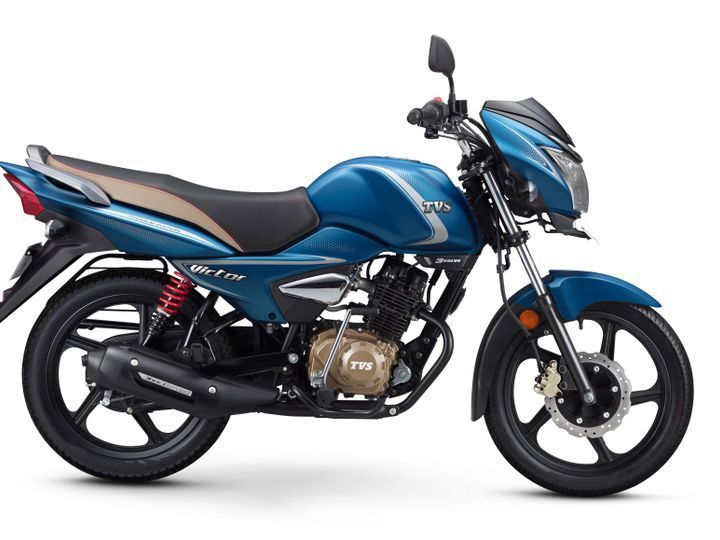 TVS has launched the Victor Premium Edition Matte series. The new variant comes in two new colours - matte blue and matte silver. While the graphics pattern is similar, the colour has changed. The matte blue variant gets white graphics while the matte silver variant gets contrasting red-coloured graphics.

Earlier, the TVS Premium Edition, which was launched in September 2017, came in two paint options - gloss black with yellow graphics and gloss red with gold graphics. TVS will continue to offer these paint options alongside the matte series. However, the matte series motorcycles get additional features such as chrome side cover accent and crash guard, body-coloured pillion grab rails, gold-coloured clutch cover and LED DRL’s. Other features include an electric starter and a semi-digital instrument cluster. In addition to the matte paint scheme, the matte series gets chrome accents on the headlamp visor and a two-tone seat as well.

Mechanically, the bike remains similar to the Victor, which is powered by a 109.7cc, air-cooled, single cylinder motor. This engine makes 9.5PS at 7500rpm and 9.4Nm of torque at 6000rpm. The motor comes mated to a 4-speed gearbox. TVS claims a fuel efficiency of 72kmpl for the Victor. With an 8-litre fuel tank, it should give you a theoretical range of 576 kilometres.

Suspension parts remain the same too. The single downtube frame gets telescopic front forks and twin 5-step hydraulic progressive dampers at the rear. The bike gets tubeless tyres with 5-spoke, 17-inch alloy wheels. Braking is via 130mm front and 110mm rear drums. Buyers can opt for a  240mm front disc as well.