TVS launched the Victor 110cc motorcycle at Rs 49,490. The new motorcycle will be positioned above the Star City+ and compete against the likes of the Hero Passion Xpro, Honda Livo etc 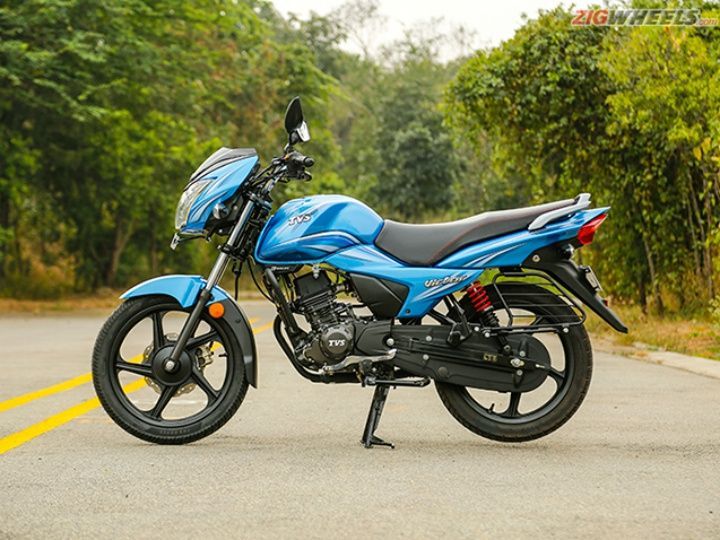 TVS reintroduced the Victor brand in the Indian market as it launched the 2016 TVS Victor today. The new TVS Victor has been priced at Rs 49,490 (ex-showroom Delhi). It will be the new flagship offering from Hosur based manufacturer in the 110cc commuter segment of bikes. The 2016 TVS Victor will compete against other premium 110cc offerings like the Honda Livo and Hero Passion XPro.

The new 110cc commuter gets a design makeover with respect to its predecessor and its styling has been clearly influenced from the Star City+. Overall styling of the bike is good with a more chiselled lines and the stubby exhaust muffler hiking its appeal. The instrument console is a semi-digital unit with the analogue tachometer taking centre stage while the speedometer, odometer; service indicator, trip meter and fuel gauge gets digital display. The 2016 TVS Victor also gets power and eco mode indicator. Talking about the powerplant, the new Victor gets powered by a 110cc, air-cooled, 3 valve motor developing 9.6PS and 9.4Nm of torque.

The engine is mated to a 4-speed gearbox which is similar to the one as found on the Star City+. TVS claims that the new Victor will have an overall fuel efficiency figure of 76kmpl in real world conditions. Braking is done by drum brakes on both the ends, while a separate variant of the new TVS Victor is also available at Rs 51,490 (ex-showroom Delhi) with a petal front disc option.