Adapting to the Victor didn’t go well initially, but did it grow on me? 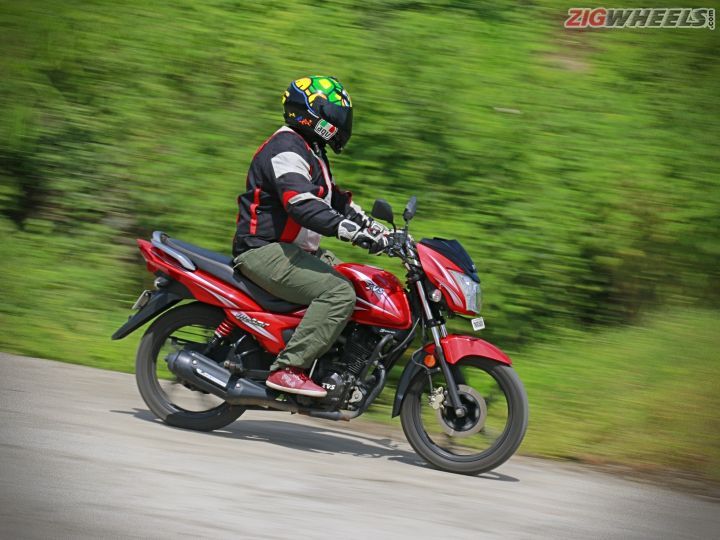 As famous as it is for its year-long pleasant weather, Pune is equally, if not more, infamous for the lack of public transport. With the Navi gone, I was in dire need of a daily ride and even though a bit reluctantly, I didn’t think twice before taking the keys to the TVS Victor. It wasn’t pleasant and easy to adapt to because of the misaligned front end, choppy brakes and the noisy engine. But once it came back from service, a different experience unraveled.

After the Victor came back from a major service, which included repairing the misaligned wheel, bleeding the brakes, a change in engine oil besides general service, it was a different bike altogether. Not only did the aligned front endow a more confident ride, the vibey engine calmed down significantly as well. It was all hunky-dory until rains robbed me of an opportunity to take the bike to the famed Lavassa ghats. But then again, the Victor isn’t built for ‘corner carving’. What it is built for, however, is for the daily commutes and it didn’t leave much to complain about on that front.

The suspension, that earned the Victor a lot of brownie points initially, lived up to its reputation even after rain battered the city roads. The relatively soft suspension setup treated both, my pillion and me, to a decent ride even through crater-like potholes. Another bothersome aspect of the Victor was the short gearing that had me frequently shift up and down. Over the course of time spent with the bike, I fairly got used to it. The second and third gears were where I rode the Victor most often. However, thanks to the short gearing, I found even lower capacity scooters race ahead of the flock at traffic lights. The short gearing, however, came in handy while manoeuvring it through the city traffic.

With scooters, I was used to riding slow during the rains, more so, since the brakes didn’t work as well as they would in drier conditions. I was inclined to do the same with the Victor, but whenever I did the opposite, the Victor responded well. The disc brakes at the front, unlike the drum units on scooters, tackled high speed-braking pretty well. It let me take the liberty of leaving the house let yet arriving at office on time. The brakes were bled at the time of the service and went from abrupt to smooth post that.

The mileage was one of the most endearing features of the Victor. Despite riding hard, it still returned 68kmpl in city and that’s what I’ll miss the most. Hurry or not, good roads or bad, traffic or wide open roads, the Victor’s mileage, even at its worst, was never a cause of concern. In fact, it was one of the most cherished memories with the Victor. Even with the fuel level indicator’s last bar blinking, there was a sense of assurance about making it to the nearest fuel station.

Despite finding it a handful while commuting in the city, the Victor gracefully grew on me, thanks to the outstanding fuel efficiency, excellent suspension setup and the front disc brake that was a blessing in the rains. However, I won’t say bidding it adieu was hard since the TVS Jupiter was next in line to become my daily companion. Stay tuned to read more about the transition back to my ‘comfort zone’.

Sneers: Transmission, Hazard warning switch could have made way for an engine kill switch