After bringing in the Stay City+ and the Scooty Zest last year, TVS has now shifted focus on its popular commuter brand, the Victor. Get updated auto industry news on zigwheels.com 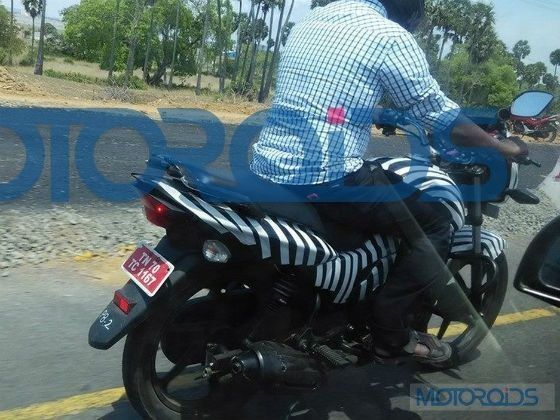 While the TVS Victor was spotted testing on several occasions in the recent past, there was no official word about its launch up until now. An official statement from the Hosur-based bike maker revealed that its best-selling commuter is scheduled to be launched in 2015. That said, a confirmed timeline wasn’t given away.

Pictures of the new TVS Victor have been making their rounds on the internet. If the spy shots are anything to go by, even in this avatar the Victor will continue to have upright commuter-like seating and will come with a long comfortable seat. Owing to the heavy camouflage we couldn’t quite figure out too many details of the bike except for the restyled exhaust muffler. The test mule that was spotted was fitted with drum brakes up front as well as at the back.

The new TVS Victor will sport the same 109cc EcoThrust engine that also works force on the Star City+. In fact it will also be based on the same platform but is expected to be placed above the Star City+, which means it will come with a few extra features.

While details of the new Victor are still pretty sketchy but the bike’s importance for TVS is indisputable. When the Victor moniker was launched almost a decade back, it was quick to make an impact on the sales charts for TVS. Now by launching their popular Victor nomenclature once again, the bike maker wants to capitalise on one of the biggest segments in the two-wheeler market.