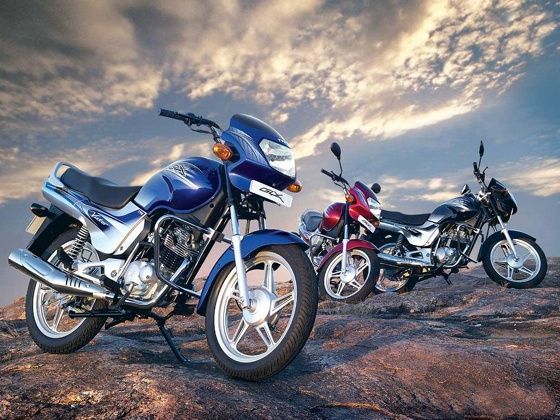 With the new Star City+ and the Scooty Zest already on sale, TVS will not shift its focus to bring an updated version of its best-selling commuter, the Victor. The Chennai-based bike maker had revealed its plans of introducing the new Victor at the Star City+ launch last year.

Even when the Victor was launched almost a decade back, it did well to bring the TVS brand back on the map. And now by re-launching the Victor nomenclature, the bike maker wants to capitalise on one of the biggest segments in the two-wheeler market.

The new TVS Victor will sport the same109cc EcoThrust engine that we have already experienced on the Star City+. In fact it will also be based on the same platform but will be placed above the Star City+. That said, TVS exact details of the new Victor are still sketchy but considering its product placement, expect it to come with additional features.

Although Bajaj has managed secure a reasonable percentage of the two-wheeler market its hold on the commuter segment is gradually declining. In a segment that is currently dominated by Hero MotoCorp’s Splendor and Honda’s Dream series, the Chakan-based bike maker will soon introduce an updated version of its cheapest offering Platina. Bajaj hasn’t given the PLatina moniker an update since its launch in 2006.

That said, the company has been testing the upcoming motorcycle for a while now which is expected to be launched in early 2015. The new Platina will not only be a refreshed version of the current 100cc model, but the company also plans to re-introduce the more powerful 125cc Platina. While there won’t be a massive change in the overall design except for new graphics and some redesigned panels, Bajaj is expected to tune the engine to return improved efficiency.

With the launch of the Suzuki Gixxer and more recently the Honda CB Unicorn 160, the 150cc segment has witnessed a lot of action. The new Xtreme was launched last year and now Hero will bring in a more youthful version of the model in the Xtreme Sports. The Xtreme Sports was first unveiled at the 2014 Auto Expo and on its launch will be placed as the Hero’s flagship 150cc motorcycle.

The upcoming Hero Xtreme Sports will have quite a few changes on the cosmetic front. Unlike its twin, the Xtreme Sports get a better looking headlamp cluster, a new tank extension and an underbelly guard. Aside from these changes, it will also come with a new instrument cluster, split seats and a new exhaust.

The YZF-R15 has been the motorcycle that changed the game for Yamaha and it reflected soon after its launch in 2008. If the R15 got it right, the v2.0 launched in 2011 took it a step further, and now the Japanese bike-maker is all set to bring in a refreshed version.

While the cosmetic changes on the new YZF-R15 v3.0 won’t quite be substantial, it’s the heart that will see a revision. The upcoming R15 will not only get a new ECU to make the bike feel more refined. In fact, in its new avatar, the R15 is also expected to receive a hike in its power output. The YZF-R15 v2.0 currently makes 17PS and 15Nm. While details of the new YZF-R15 v3.0 are still sketchy, with the FZ-S v2.0, Fazer v2.0 as well as the SZ-R already launched, Yamaha is sure to shift its focus on its flagship model.

With the launch of the Gixxer and the scooter Let’s, Suzuki seems to have got the game going, but now it’s all about the momentum. And to ensure that they do just that, Suzuki will bring in a faired version of the Gixxer. The test mules Suzuki Gixxer 160F have been making their rounds and on its launch, it will take on the likes of the Yamaha Fazer and will appeal to the fairing-fixated audience in the Indian market.

As far as the looks department is concerned, the Suzuki Gixxer 160F will be fully-faired and will have its mirrors mounted on the fairing like any other motorcycle in its class. Aside from that, the faired Gixxer will share certain parts like the exhaust, seat and tank with its naked sibling. The grab rail though seems to be different. Whether the Suzuki Gixxer 160F will sport a retuned version of the 154.9cc unit that will make marginally more power and torque to make up for the additional weight of the fairing or use the same engine as the naked Gixxer is a question we will have to wait to find the answer to.

Despite the fact that in the recent past a lot of performance bikes have been launched in the Indian market, there is still a huge demand for 150cc motorcycles. Bikes in this class continue to be the first step into the world of performance and the launch of the Suzuki Gixxer and the Yamaha FZ v2.0 is testimony of the same. While Bajaj has been a large player in this segment so far, the Pulsar 150 is now showing its age.

To get a piece of the pie, the Chakan-based bike maker will bring in the new Pulsar 160NS. While the bike will look very similar to the 200NS, not much will be similar otherwise. It will not only get an all-new engine that will be based on the current 200NS unit but will also be based on a new frame thanks to which its riding dynamics will be different too.

Now this one has been the talk of the town for a while now. Ever since Bajaj took the wraps off the Pulsar 400SS at the 2014 Auto Expo last year, the 200SS has been spotted testing on several occasions. Based on the Pulsar 200NS, this one will be powered by the same 199.5cc unit that pumps 23.5PS and 18.3Nm. While most of the mechanicals will be the same as the 200NS, the faired version might even come equipped with Anti-lock Braking system. Needless to say the ABS version will cost slightly higher than the standard one. The Bajaj Pulsar 200SS will take on the likes of the Yamaha YZF-R15 v3.0 when it is launched.

In an attempt to being together the comfort of a cruiser and the performance and handling of a street bike, Bajaj Auto will bring in a power cruiser which will look pretty similar to the Pulsar CS400 they showcased at the 2014 Auto Expo. The 200cc cruiser will be based on the same platform as the 200NS and will share the same engine too. But to give it a power cruiser stance, it will sport a raked out front end, a longer swing arm and a larger sprocket.

Bajaj has been selling a fuel injected version of the Pulsar 200NS in the international markets for a while now, is now expected to start the sale of the model in India too. The fuel injected 200 will pretty much be an exact replica of the 200NS but might sport some new graphics. That said, we can expect a marginal change in performance and efficiency owing to it being fuel injected. Baja might even introduce this new fuel injected 200NS with ABS.