With the Auto Expo inching closer, we list out the cars that we want to see at the event 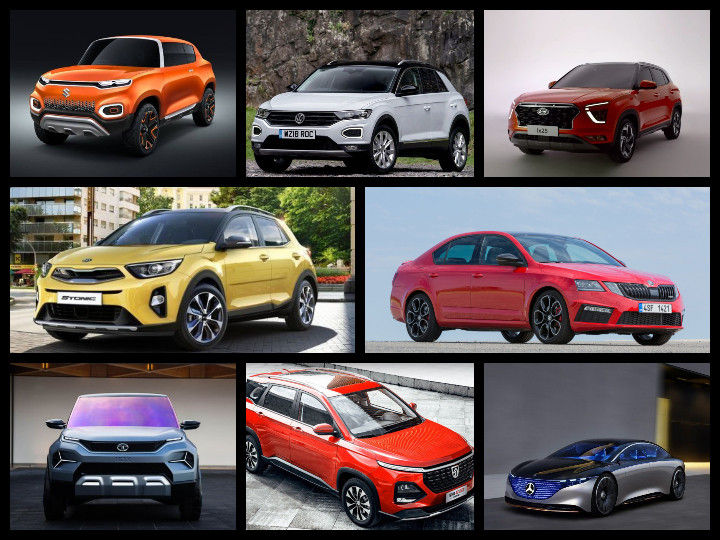 Auto Expo 2020 is scheduled to take place between February 7 and February 12 at the India Expo Mart in Greater Noida. Here’s a look at who’s coming and who’s not. The theme for the upcoming expo is likely to be electric vehicles (EVs) and BS6 compliant models. Apart from that, we expect more SUVs rather than sedans/hatchbacks as 2019 has been an SUV-loaded year with almost all of them being instant hits.

So grab some popcorn and have a read to see which all cars we want to see at Auto Expo 2020. We have also listed out the probable cars that will be showcased at the Expo.

The limelight at Maruti Suzuki’s stall will be on its first-ever electric vehicle, the Futuro-E electric concept. The carmaker has already trademarked the name and reports suggest that it could be an SUV rather than a mini hatchback. We also expect to see CNG variants of the Swift, Dzire and S-Presso as Maruti has stated that it’ll replace diesel engines with CNG powertrains as a fuel efficient yet greener alternative. The petrol variants of Vitara Brezza and S-Cross are also expected to debut at the Auto Expo. Further, we expect to hear news regarding the BS6 compliant 1.5-litre DDIS engine as a Maruti Suzuki Ertiga was spotted with the updated powertrain.

Now if only Maruti would listen to us and bring the Jimny...

Hyundai’s stall could be an action packed one as we’re expecting to witness the unveiling of the 2020 Creta. It has already been spied testing on Indian roads. This will be the first generation update for the Creta and it’ll now share its underpinnings with the Seltos. The 2020 Creta is expected to share plenty of bits with the ix25 including its Tesla-esque dashboard. We also wish to see the facelifted Verna that was launched in China. It looks edgier and sharper than the current Verna. The launch of the Aura compact sedan could also take place at the event as it’s being unveiled on December 19.

Expect Hyundai to showcase its current and upcoming EVs as well. But what we’d really like to see are its Genesis range of luxury cars.

After tapping into the hotly contested compact SUV segment with the Seltos, Kia will be launching the Carnival, a luxury MPV that sits above the Innova Crysta. It will also enter into the sub-4 metre SUV space with the new QYI SUV that has been spotted testing in India and South Korea. The QYI is expected to share its underpinnings with the Venue. However, it will have its own design language to distinguish itself from its Hyundai counterpart. We also expect to see Kia’s future models that will form its portfolio in the country.

Kia, we’d love some performance oriented cars too. Can we have the Stinger GT and the sleek K5 Optima sedan in India?

MG Motor India is another manufacturer that’s been riding a wave of success. The carmaker has a slew of products lined up for India starting with the recently unveiled ZS EV. We expect to see the luxurious 6-seater and practical 7-seater Hector as the production-spec model of both variants have been spied at MG’s Halol facility. MG is also readying a full size SUV that’ll rival the Toyota Fortuner and Ford Endeavour in India. It’ll be based on the Maxus D90 and the SUV has already been spotted testing on Indian roads. You’ll also be happy to know that the D90 is a massive SUV, which is something we Indians just can’t get enough of.

However, we’d like to see some hatchbacks and sedans as well. MG, we hope you are listening.

Skoda India has already announced its lineup for Auto Expo 2020 and it’s nothing short of exciting. Here’s a quick recap - the Czech carmaker will be unveiling the brute Euro-spec Octavia RS245 and take the wraps off the facelifted Superb as well. But if you need to have an immediate look at the Superb facelift, click here as we have pictures of the luxury sedan testing in India. We also expect to see a handful of SUVs that’ll launch in quick succession in 2020. This includes the Karoq and a Kamiq-based SUV that’s being jointly developed with Volkswagen India. Last but not least, if you’ve been waiting for a Rapid TSI, your wish is soon set to come true as Skoda will unveil the BS6 compliant Rapid 1.0-litre TSI at Auto Expo 2020.

Volkswagen will be going all-out with its SUVs at the Auto Expo. The carmaker will take the wraps off the T-Roc SUV, VW’s answer to the Jeep Compass. It’ll also be VW’s first new car in India after a huge gap. Apart from that, the carmaker will unveil a more practical variant of the Tiguan, the Tiguan Allspace. The Allspace is basically a longer Tiguan and comes with a third row of seats to ferry seven passengers. We also wish to see the T-Cross, VW’s answer to the Hyundai Creta and Kia Seltos.

We just wish VW at least showcases what the future Polo and Vento would look like at the expo. We also wish to see the carmaker’s sleek new logo sooner than later Volkswagen.

Tata Motors’ stall is expected to be action packed as there’s going to be a handful of launches and unveils. The star at the event will of course be the Gravitas 7-seater SUV that’s based on the Harrier. Accompanying the Gravitas will be the production-spec version of the H2X that’ll slot between the Nexon and Harrier and will take on the likes of the Creta and Seltos. We also expect the Nexon EV and Nexon facelift to launch at the event while the refreshed Tiago and Tigor could also be showcased. The sleek Altroz will naturally be present for all of you to have a look.

Mahindra will be showcasing a slew of updated SUVs to satisfy enthusiasts. In fact all its popular models that have a huge fanbase are set to get a generation update. This includes the 2020 Scorpio, the 2020 Thar as well as the 2020 XUV500. All three models have been spotted on Indian roads.

Mahindra is also working on EVs and we expect to see the XUV300 EV make its official debut at Auto Expo 2020. We also hope to see Mahindra’s updated portfolio with new BS6 compliant powertrains.

Renault is currently riding a wave of success with the facelifted Kwid and the Triber MPV. And now it looks to expand that with the HBC compact SUV. The HBC will be based on the Kwid’s low cost CMF-A platform and could come with a more powerful turbo petrol engine. Moving up the spectrum, we wish to see the next-gen Duster and Captur that’s already been unveiled in various international markets. The French manufacturer could surprise us with the City KZ-E, which is basically the all-electric version of the Kwid.

We also hope to see some of Renault’s premium cars like the Fluence and Koleos at the event.

Mercedes-Benz will have a massive advantage at the expo as it’ll be the only luxury carmaker at the event. It also has a solid portfolio that’ll be displayed at Auto Expo 2020. This includes the 2020 GLE SUV and the 2020 GLS SUV that are set to be launched in the coming months. You can read about the 2020 GLE right here. Mercedes has also announced its interest in electric cars for India and we expect to see the EQC electric SUV as well as the EQS electric concept in India. Petrolheads can also rejoice as the AMG division will also be here with its throaty V8s and V12s But if you want something more luxurious, look out for the recently unveiled Maybach GLS SUV that’ll most likely make its presence felt at the Auto Expo.

Great Wall Motors (GWM), one of China’s largest SUV and pickup manufacturers, will be starting its Indian innings with the Haval brand. We expect Haval to showcase three SUVs at the event: the H2, H6 and H9. The H2 is a compact SUV that’ll take on the likes of the Kia Seltos and Hyundai Creta. But if you want something bigger, Haval offers the H6, a MG Hector and Tata Harrier rival. Then there’s the H9, a full sized SUV that’ll take on the biggies, the Toyota Fortuner and Ford Endeavour. Clearly, Haval’s portfolio seems promising. GWM has also  expressed plans of manufacturing EVs and we expect some green SUVs as well.

These are list of cars that’ll most likely be present at the event.  Meanwhile, we want to know which cars are you waiting for at the Auto Expo 2020. Let us know in the comments section below.