Here Are The Cars Skoda Is Bringing To Auto Expo 2020 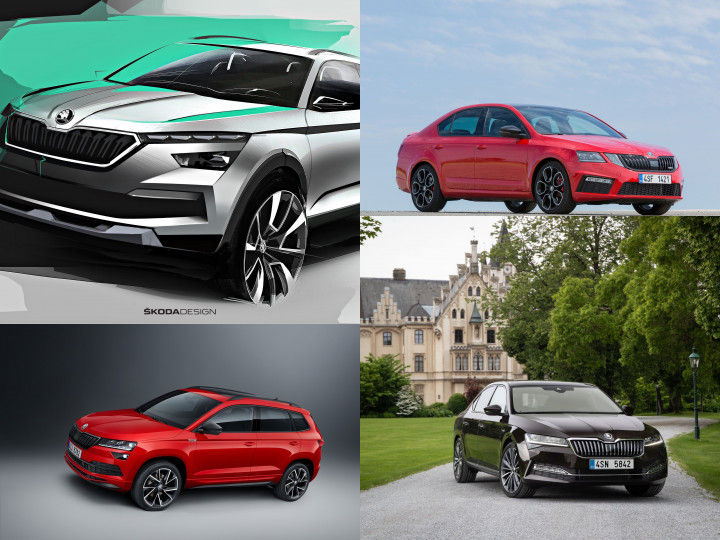 India’s premier auto show, the Auto Expo, is set to take place between February 7-12. Skoda is expected to make its presence felt at the Auto Expo, but we had little idea of what it is bringing to the floor. Not anymore, as the Czech carmaker has confirmed its lineup for the expo which includes a wide range of showcases like the Rapid with a BS6 engine, Octavia RS245, Karoq SUV, Superb facelift and a new small SUV.

Skoda will be showcasing the Rapid sedan with a new BS6-compliant 1.0-litre TSI engine. But there's a catch. The existing 1.5-litre TDI will be ditched once BS6 emission norms come into effect. In international markets, the 1.0-litre engine is available in two states of tune: 95PS/175Nm and 115PS/200Nm, paired up with either a manual or DSG gearbox. Meanwhile, Skoda is also preparing an all-new Rapid which will make its debut in 2021.

Enthusiasts ahoy! Skoda has announced that the Octavia RS245 is inbound and will be showcased at the upcoming Auto Expo. Limited to just 200 units, the RS245 is the go-faster version of the already fast Octavia RS230. It uses the same 2.0-litre TSI engine found in the RS230, but now deploying  245PS of power and 370Nm of torque through a 7-speed DSG to the front wheels. Differentiating factors will boil down to the 19-inch wheels and other subtle cabin revisions.

Skoda’s answer to the Jeep Compass will be the Karoq that has been confirmed for Auto Expo 2020. The Karoq is positioned between the bigger Kodiaq and the smaller Kamiq in Skoda’s SUV lineup. The SUV will be brought in as CBU units, utilising the rule that allows carmakers to import up to 2,500 cars every year without homologation. Moreover, we expect Skoda India to only offer the Karoq with petrol engines. The SUV is sold with a 1.5-litre TSI petrol and a 2.0-litre TSI petrol engine in international markets. The 1.5-litre TSI is our best bet and it might be offered with both the manual as well as automatic gearbox options. Expect it to be priced between Rs 20 lakh to Rs 25 lakh (ex-showroom India) with the key rivals being the Jeep Compass and the Tata Harrier.

Next up from Skoda is the facelifted Superb which was also exclusively spied testing by us. Major changes include new headlamps, tail lamps and alloy wheels as well as a digital instrument cluster, a bigger infotainment system and connected car tech. Powertrain options are still in the dark but we expect to see a BS6-complaint version of the 2.0-litre TSI petrol engine. It is safe to expect a premium over the current version while the main competition comes in the form of  the Volkswagen Passat, Honda Accord Hybrid and the Toyota Camry Hybrid.

It is no secret that Volkswagen and Skoda are developing a new mid-size SUV that will rival the likes of Kia Seltos and the Hyundai creta. Skoda will be the first to the race while the Volkswagen version is slated to debut in 2021. Skoda will showcase the concept version of the upcoming SUV at Auto Expo, with a launch slated for later in 2021. Details are scarce at this point, but we do know that the SUV will come with BS6-compliant powertrain options, initially with petrol options (1.0-litre/1.5-litre TSI). It will be based on the MQB-A0-IN platform with the carmaker aiming at 95 percent localisation for the SUV.