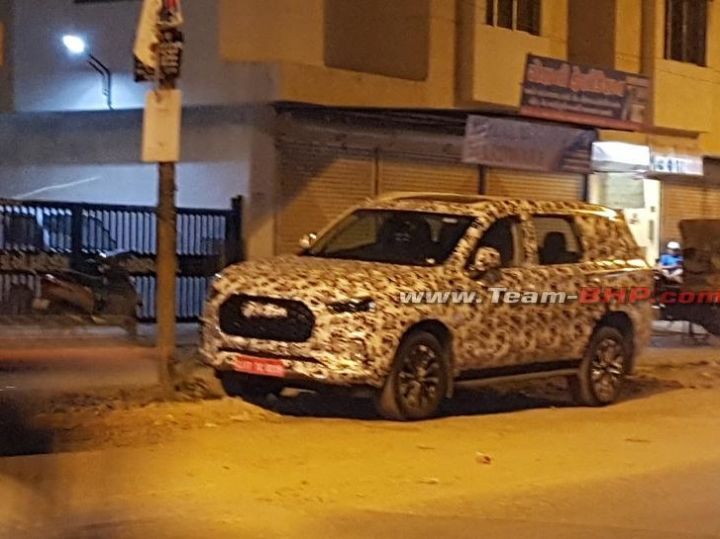 Thanks to the Hector, MG Motor has had a good start in India. The British carmaker is now all set to introduce its second product, the MG ZS EV, on December 5 with a launch slated for early 2020. Meanwhile, what we have here are spy shots of the full-size Maxus D90 SUV, which will most likely be the third product from MG Motor India for our market. The Maxus D90 is a full-size 7-seater SUV, which will rival the likes of the Toyota Fortuner and Ford Endeavour here. The D90 is also expected to be priced around Rs 30-lakh mark. Let’s have a look, shall we?

Maxus is a Chinese brand owned by SAIC, which is the parent company behind MG and Baojun. The Maxus D90 measures 5005 mm in length, 1932 mm in width, 1875 mm in height and has a wheelbase of 2950 mm. The SUV is sized similarly to the Endeavour and Fortuner, if not larger than the duo, especially when it comes to overall length. The SUV has also scored a 5-star rating in the crash test conducted by ANCAP (Australia New Car Assessment Program).

The SUV is powered in markets abroad by a 2.0-litre turbocharged petrol engine developing 224PS and 360Nm of torque. The engine comes mated to a 6-speed manual or a 6-speed automatic transmission. Closer home, MG is likely to offer the SUV with the same 2.0-litre diesel engine as in the Hector. The D90 is also available with a 4WD option and drive modes in markets abroad.

The Maxus D90 surely has the credentials and road presence to take on its established rivals. We are waiting for an announcement from MG regarding the exact launch timeline. But it is safe to speculate that the SUV might debut around the end of 2020 in India.