The Suzuki GSX-R1000R Looks Ravishing In Its New Avatar 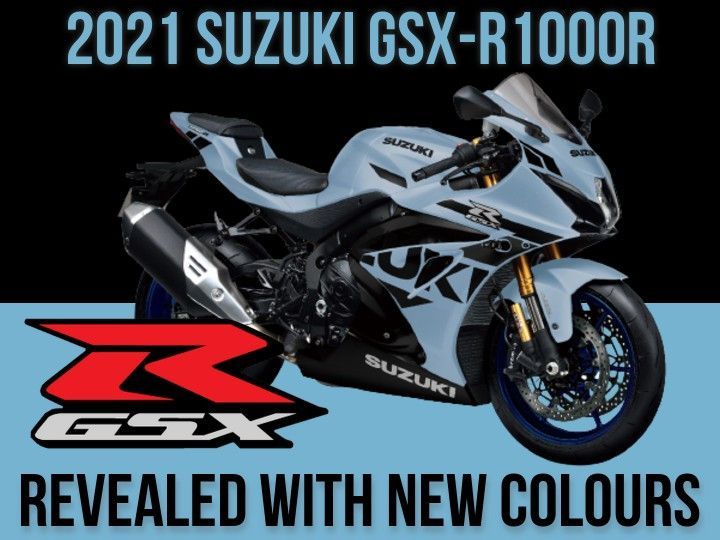 Suzuki’s flagship track weapon, the GSX-R1000R is yet to comply with the Euro-5/BS6 norms, which has robbed it from many markets including ours. While we patiently wait for it, the Japanese giant has introduced a new Matte Gray colour for the flagship Gixxer in Japan as part of the 2021 update.

Called the Glass Matte Mechanical Gray, the new livery drapes the bike in a cool matte gray shade and black Suzuki graphics. The overall combination makes the GSX-R1000R seem rather poised and calm for a motorcycle aimed at obliterating lap times. Topping off the new livery are the dark metallic blue alloy wheels.

Besides, the 2021 GSX-R1000R also comes in an updated MotoGP-inspired livery. Compared to the older livery, this one gets a black under cowl (which was blue earlier) and a blue side cowl (which was grey earlier).

There’s also a third colour option called the Matte Black Metallic, which has been carried forward from the 2020 model.

This aside, the bike remains mechanically unchanged. It is powered by a 999cc inline-four engine, putting out 197PS and 117Nm. Making life easier on the bike are top-notch electronics like a 6-axis IMU with three riding modes, a 10-level traction control system, bi-directional quickshifter, launch control, and even a low-rpm assist.

Asking price for the 2021 Gixxer 1000 is equivalent to Rs 14.6 lakh, which is a staggering prospect in our opinion, especially considering the kit on offer. Sadly, the GSX-R1000R’s India launch is still some time away, since there is no news on when its Euro 5-compliant model will roll out. However, there were some recent speculations that suggest it could happen soon. More on that in our story.