Royal Enfield Interceptor 650: What We Like, What We Don’t

We have ridden the Royal Enfield Interceptor 650, and here’s what we liked about and what we believed could have been better 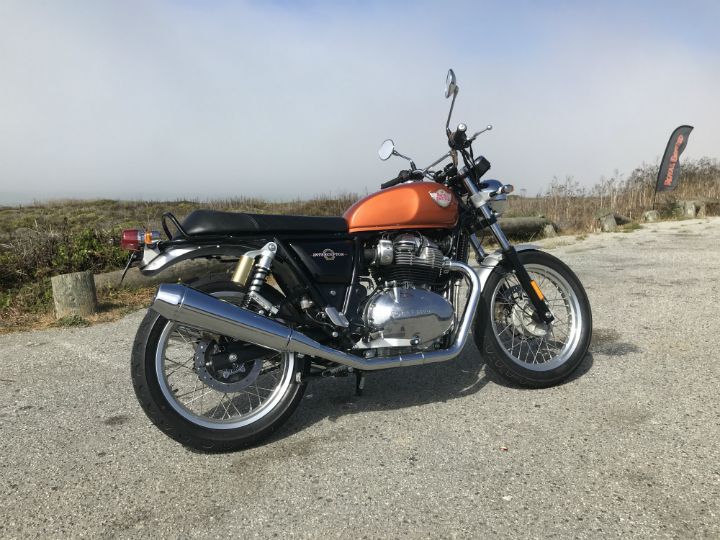 Ever since the Interceptor 650 and Continental GT 650 were showcased at EICMA in Milan last year, they’ve been the talk of the town. Needless to say, the Chennai-based two-wheeler manufacturer has a lot riding on these 650cc twins.

So then, did they live upto expectations? Well, our short stint with the two bikes in California (USA) turned out to be very positive, and that's always a good thing.

However, nothing is perfect and neither are these machines. Since we rode the Interceptor 650 first, let's take a look at the pros and cons for the bike, starting off with the positives.

Royal Enfield hasn’t strayed too far from the classic retro styling for the Interceptor. However, it does get some neat modern elements that make it stand out. Also, the bike’s minimalistic approach gives it a mature and clean look from top to bottom.

Royal Enfields aren’t particularly known for their build quality. However, our first impressions of the 650cc twins say otherwise. From the looks of it, the manufacturer seems to have upped its game in this department. The Conti GT feels a notch above the current generation of bikes that leave Royal Enfield’s production line. And it's safe to say that the quality is on par with any motorcycle manufactured in India.

Speaking of getting things right, the riding posture of the Interceptor is downright near-perfect. The footpegs are slightly rear-set while the handlebars are tall and wide, enabling the rider to reach out to them with ease. This is a bike that won’t strain your back too much but still provide you a slightly sporty riding posture.

While the Interceptor isn’t what one would call ‘lightweight’, it’s remarkably agile and handles twisties quite well. Due credit goes to Harris Performance, who worked with Royal Enfield to tweak the chassis to make it handle even better. What complements the handling and ride quality even further is the use of stickier Pirelli Phantom SportsComp tyres as standard. The Interceptor 650 is the kind of bike that will be preferred by riders who like munching miles on serpentine mountain roads.

The throaty engine is the talking point for these bikes, and why shouldn’t it be? It’s Royal Enfield’s very first parallel-twin motor, and has a lot riding on it. Its power figures may not sound impressive -- hauling a weight of 202kg (dry) -- but it’s the way the power is delivered that makes the engine so much fun. It produces a fistful of torque right from the get go, 80 per cent of it from as low as 2500rpm. And it produces most of its juice between 2500rpm - 6000rpm. The flexible nature of the motor allows it to manage both high and low speeds without any issues.

And then there’s the sweet sound of the 270-degree parallel twin which makes it even more exciting and unique. The 6-speed transmission, a first for Royal Enfield, is extremely smooth and doesn’t throw fits while shifting or getting into neutral. Furthermore, the addition of the slip-and-assist clutch, which negates wheel hops during hard downshifts, works pretty well. Simply put, it's unlike anything we’ve seen or experienced from Royal Enfield so far.

Where things could have been better -

Let's face it, no bike is perfect, and the Interceptor has a few niggles of its own. Happily though, there’s not a lot to crib about. Its single elongated seat isn’t the most comfortable thanks to its narrow design. Also, with a seat height of 804mm, vertically challenged riders might find it tough to flat-foot their way in stop-and-go traffic. According to our first ride impressions, the narrow seat design performs fine for short rides but leads to back aches on long hauls. Additionally, the slope towards the end of the seat might leave larger pillions with the feeling of sliding off the bike.

The suspension is setup a wee bit on the stiffer side, doesn’t cope well with undulations and has the rider bouncing around. That said, there could be an effective remedy for this already as the Interceptor’s twin suspension setup at the rear comes with preload adjustability. The front end comes with conventional 41mm forks.

The Interceptor 650’s clutch lever is on the heavier side, which could turn out to be a bit uncomfortable in city traffic where you are constantly switching gears. While most manufacturers opt for smaller 17-inch tyre setups, Royal Enfield has stuck to its 18-inchers, which is excellent for off-roading but aren’t exactly the best suited for daily rides.