What Exactly Is The ‘My Revolt Plan’ For The RV400?

What Exactly Is The ‘My Revolt Plan’ For The RV400? 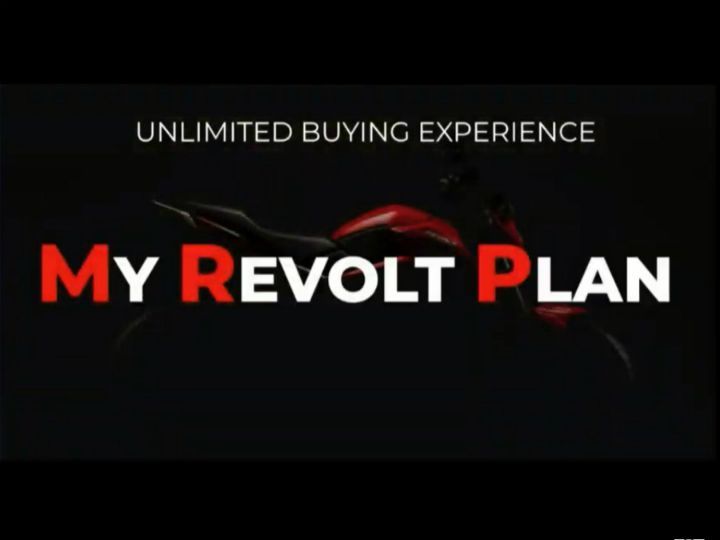 Revolt has literally blown our heads off with the pricing of the RV400 (read our story here). At Rs 3,999 per month, the ‘My Revolt Plan’ allows potential buyers an affordable scheme to own their RV400. This contract-based ownership experience is unheard of in the automotive sector as one needs to pay this small amount for a period of 37 months.

This contract-based system of ownership is quite similar to owning a smartphone in the US. It all began in 2008, when Apple introduced the iPhone 3G in the United States along with its unique price plan. Instead of emptying out your savings for purchasing the iPhone and then spending more on the operational front (calling and data), Apple had tied up with AT&T to introduce a contract plan of sorts. It made the smartphone more accessible to the masses. And it has been doing the same for all subsequent iPhone models but with other service providers as well. Currently, for the XS and XS Max, certain service providers have a scheme wherein you pay $49.91 and $54.08 per month for a period of two-years. In this time frame, two years of Apple Care is included.

Similarly, the My Revolt Plan also covers your insurance and service costs. Servicing the RV400 is also an easy affair as the only consumables on the bike are the brakes and tyres. In the 37 month contract, Revolt will replace your brake fluid and pads thrice and the tyres will be replaced once. Here’s a quick breakdown of the total cost of ownership for the RV 400 over a period of three years.

This might feel a bit too steep a price but our sister publication has done a report on how effective the ‘My Revolt Plan’ is when compared to purchasing a typical ICE 125cc commuter on loan and running it for three years. You can read the report here.

As soon as you pay your first instalment for the RV400, the bike is in your name. Unlike a loan or a lease-based scheme where for the duration of the loan/lease, your vehicle belongs to the financing company or manufacturer, this contract-based scheme gives you firm ownership of the RV400.

Just like your internet connection at home, in case you default on paying the monthly instalment, Revolt can remotely deactivate your RV400. Once you pay the monthly cost, it will be reactivated immediately.

For those who would want to opt-out of the ‘My Revolt Plan’ prior to the end of the 37 month period, Revolt will be announcing the pricing for the release clause later. There are many more situations of ownership, like a change of ownership in the middle of the contract period or just purchasing the RV400 in one go, for which Revolt will announce plans soon.