Is it the real deal or just a gimmick? 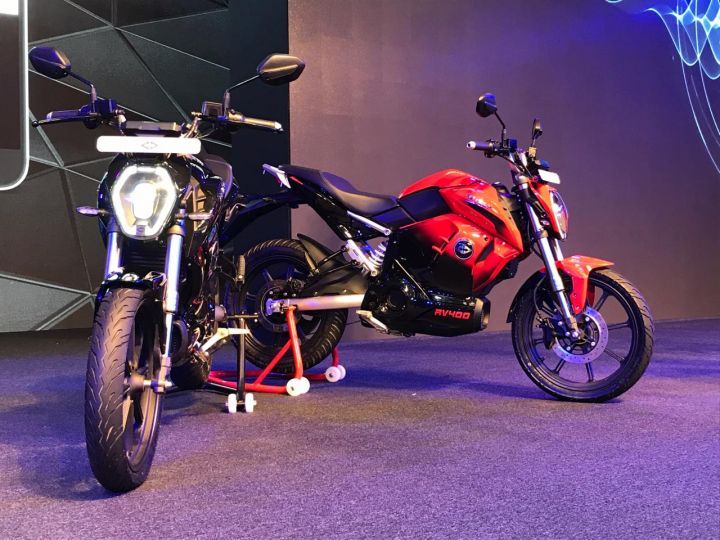 Revolt Motors has finally unveiled India’s newest ‘AI-enabled’ all-electric motorcycle, the RV 400. But what does it mean exactly? Is it something straight-out of 2001: A Space Odyssey or merely a hyped-up rider aid system? We find out by taking a look at each of its “AI features.”

Remote start functionality - The Revolt RV 400 is the only two-wheeler in India to come equipped with remote ignition start functionality. This allows the rider to turn-on the motorcycle via Bluetooth through an app on their smartphone. This technology has only just started to get popular in mass-market four-wheelers, let alone conventional two-wheelers.

Artificial exhaust sound functionality - Just like remote-start functionality, this is the first time we’re seeing this feature on any Indian two-wheeler. It allows the rider to choose between four different exhaust notes. But just in case, you don’t like any of those, Revolt will also allow owners to customize it as per their liking.

Geo-fencing with theft protection- This isn’t exactly a unique feature as the 22Kymco iFlow already comes equipped with it. Nevertheless, it allows the rider to remotely monitor the motorcycle and restrict its use beyond designated areas.

So, coming back to our question, is the artificial intelligence system here legit? Kind of. Some of these features are certainly unique, but others have been in the market for quite some time now. That may not sound impressive at first, but the company is apparently doubling down on it. During his presentation, company CEO Rahul Sharma also dropped hints about additional features like voice command activation and more.