Bookings for the upcoming MPV will commence on August 17 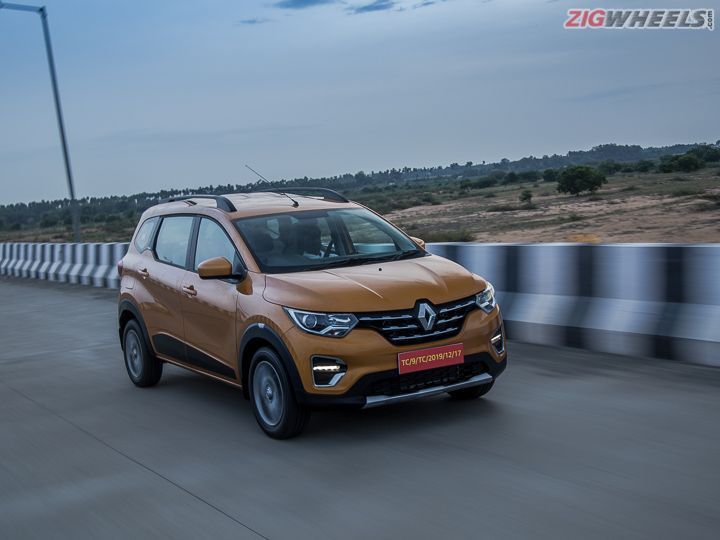 Globally unveiled on 19 June, the Triber is a unique offering which looks like a mini MPV and brings loads of modularity to the table. Renault has now let out that it will launch the MPV on August 28th while the bookings will also commence from August 17.

Bookings can be made online or by visiting any Renault dealership and paying Rs 11,000 as a token. Renault also says that it has started dispatching the MPV across various dealerships. The Triber is based on a new platform with its main forte being versatility and space.

The carmaker has managed to accommodate the third row of seats with a modular seating arrangement. Aiding this achievement is the 2636mm wheelbase which is longer than all the premium hatchbacks available in India. Head here for more insight on the versatile seating arrangement of the Triber.  Also to be noted are the different boot spaces with respect to seating arrangements. Long story short, the Triber can offer up to an impressive 625 litres of boot space in the 5-seater configuration.

An all-new 1.0-litre Energy Dual VVT 3-cylinder petrol engine good for 72PS of power and 96Nm of peak torque sits under the hood. These figures might seem inadequate for an MPV that is supposed to ferry 7 people. But, answers to that will be out once we drive the Triber. Gearbox options include a 5-speed manual and an Easy-R AMT and Renault claims a fuel efficiency figure of 20kmpl for the manual and 20.5kmpl for the AMT.

The Triber comes with some impressive features but also misses out on some key goodies. There is a  7.9-inch touchscreen infotainment system with Android Auto and Apple CarPlay support, keyless entry with push-button start/stop, cooled armrest storage, and a lot more. Another nice addition is the dedicated pillar mounted AC vents for the second and third row passengers. Some key features that are missing are automatic AC, second row armrests, steering mounted controls, and an auto-dimming rearview mirror. Safety features on offer include four airbags, ABS with EBD, rear parking sensors with camera, etc.

We think Renault is relying hard on the price card and will let the Triber roll out with a price tag ranging between Rs 5 lakh and Rs 7.5 lakh (ex-showroom). While it doesn't have any direct rivals in India right now, with respect to its pricing, it will take on hatchbacks such as the Maruti Suzuki Swift, upcoming Hyundai Grand i10 Nios and the Ford Figo.