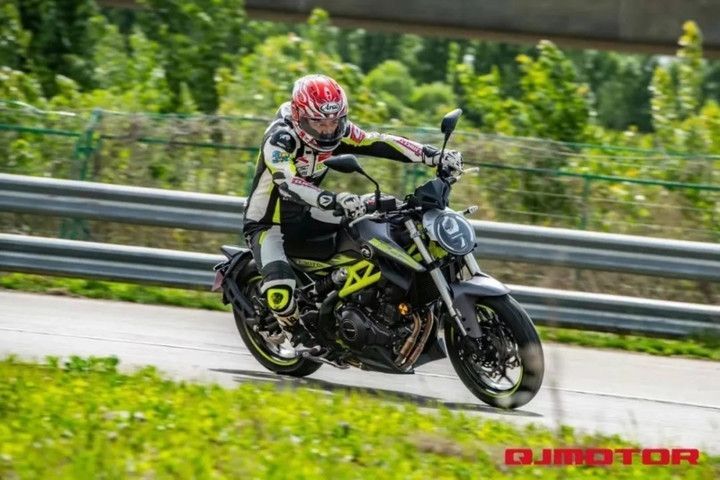 Lately, Benelli’s sister brand, QJ Motors, has been busy overhauling its lineup. We already saw what the brand did with the QJ SRG600 and the QJ SRB750 last year. Now, the latest product to go under the knife is the QJ350-13.

Despite its uncanny resemblance to the MV Agusta Brutale lineup, the QJ Chase 350 shares nothing with the Italian streetfighter. The Chase 350 was launched alongside the Chase 600, which gets a similar headlight.

Except for the new headlight and flyscreen, there’s nothing new on the QJ Motor Chase 350. Everything from the mirrors to the tank and the rear end is exactly the same as the QJ350-13. Yes, the QJ350 is the same bike on which the new Harley-Davidson 350 was to be based.

Even the trellis frame is straight off the QJ350, though, this time it has been given a bright fluorescent green colour just like the Benelli 302S. The USD fork, monoshock, and the braking setup remain unchanged. However, QJ Motor has updated the bike with a set of Y-spoke alloys that give it a more modern look.