Is This The Harley-Davidson That Will Rival Royal Enfield?

The bike is currently called the Qianjiang SRV300 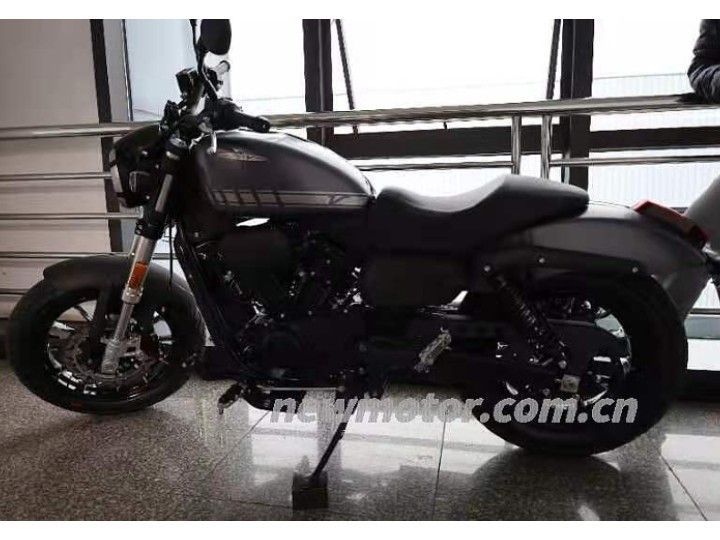 It’s safe to say Harley-Davidson hasn’t been on its A-game for a while now. In order to revive itself, the bikemaker is planning to broaden its range of cruisers. How? By unveiling its smallest offering yet.

This isn’t really breaking news as Harley had partnered with the Qianjiang Group (QJ Motors) back in 2019 to make small bikes for Asian markets. Now, new photos of what could be Harley-Davidson’s 300cc cruiser have emerged and the bike looks production-ready.

The bike in the images is the QJ SV300 which will serve as the blueprint for Harley’s smallest cruiser. You might remember the SV300 from our previous story. The new images seem to be from a dealership and there’s plenty to note.

For instance, the design is a perfect blend of modern and retro elements. The short single-piece seat (not suitable for a pillion), blacked-out engine, alloys, exhaust and a silver USD fork, all look modern while the round headlamps, round indicators, and tank graphics give it a retro charm. From the side, the bike reminds us of the Harley-Davidson Iron 883. Expect features such as full-LED lighting, a digital instrument cluster, and dual-channel ABS to be offered as part of the package.

On the mechanical front, the SV300 is powered by a 296cc twin-cylinder motor that puts out 30.7PS. While the power figures are decent, it offers a claimed top speed of just 128kmph. However, we can expect the baby Harley-Davidson to pack massive low-end grunt. It is sprung on a USD fork and twin gas shocks, probably non-adjustable. Moreover, the bike weighs just 163kg, which coupled with its low-slung seat, should not only make it easy to manoeuvre but also more accessible for the masses.

It’ll be interesting to see how Harley-Davidson tweaks the SV300 to make it an “American” offering. We expect the Harley-Davidson 300cc cruiser to make its global debut in the second half of 2021. Harley hasn’t confirmed its India plans for the baby cruiser but if it were to be launched, the 300cc bike would be brought in only by 2022. In other news, Harley-Davidson has partnered up with Hero MotoCorp to expand its operations in India. Full story here.