Gear Up For The Benelli TRK 800 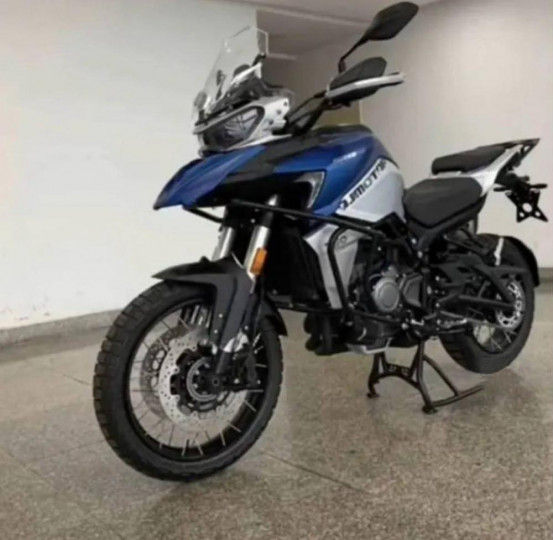 Benelli has been working on expanding its 754cc engine platform which it debuted on the 752S power cruiser a couple of years ago. Last year, the Leoncino 800 was introduced with the same engine. The only logical step for it was to build an adventure motorcycle bearing the TRK name. And it seems Benelli is on that path as its Chinese counterpart, QJ Motor, has built its own ADV with the same engine: the SRB 750.

Before we go ahead, we must clarify that Benelli has stated that its TRK 800 will not look like this (SOURCE). The firm is designing the adventure motorcycle in Italy itself. We believe that there may be some similarities but the two motorcycles will not look identical.

The SRB 750 looks purpose-built. The LED headlights remind you of the Triumph Tiger 900, the British adventure bike that’s set to be launched in India soon. It features front turn indicators that are neatly integrated into the fairing and a pillion section that is flat and relatively low. Overall, there isn’t too much to soak in like the TRK 502 from a design standpoint.

The 754cc parallel-twin engine is said to put out 81.6PS, which is the same as the Leoncino 800s and around 4PS more than what this engine makes on the 752 S. The ADV will get the same 6-speed transmission as the Benellis.

It gets longer legs with 19-/17-inch sidewall-laced spoke rims that come shod with dual-purpose tubeless tyres. There are two four-pot radial calipers fitted on the front wheel, while the exact specs of the rear braking hardware is still unknown.

We expect Benelli’s TRK 800 to reach European markets by November and in India sometime in 2021.