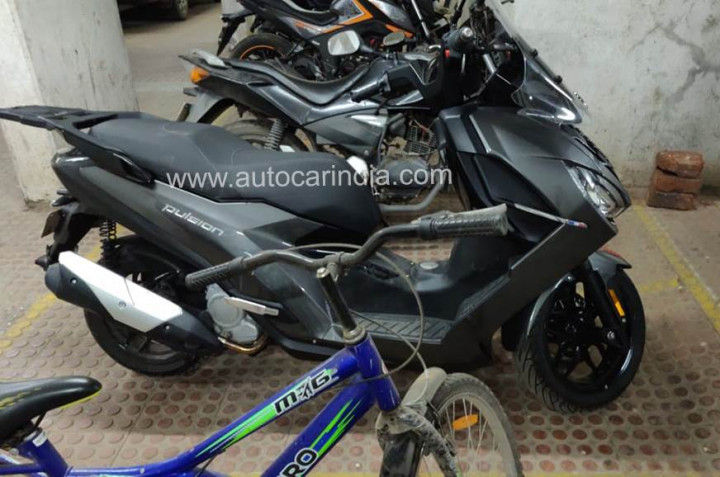 This year, Mahindra Two Wheelers Europe acquired Peugeot Motocycles. The same year, the French scooter maker launched its 125cc maxi-scooter, the Pulsion, in Europe. Now the scooter has been spotted in India. This leads us to believe that Mahindra could be planning to introduce the Peugeot brand in India and it could start with the Pulsion.

The 125cc market is currently abuzz with big Indian manufacturers like Honda and Hero recently launching the BS6 Activa 125 and Maestro Edge 125. Even TVS launched a sportier variant of its NTorq 125 scooter. With a 125cc maxi-scooter, Peugeot could lock horns with the Suzuki Burgman Street 125.

Even its 125cc motor gets liquid cooling and makes a substantial 14.6PS and 11.9Nm of torque. Highlights include fat 14-inch wheels, motorcycle-type telescopic front suspension, and a floating flyscreen.

Mahindra Two Wheelers has not announced its intention of bringing Peugeot scooters to India yet. However, the bike maker might bring the Pulsion scooter to Auto Expo 2020 along with the E-Ludix electric scooter which it already makes in India and exports to Europe. Mahindra could possibly manufacture the Peugeot Pulsion 125 locally at its Pithampur facility which already serves as the manufacturing base for the E-Ludix electric scooter. Given the premium features, the scooter could cost anywhere between Rs 1 lakh to Rs 1.2 lakh. Stay tuned for more details.