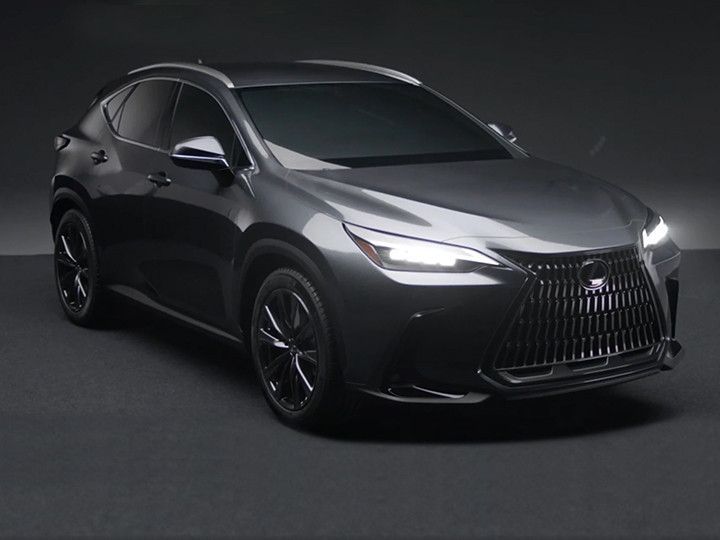 The next-gen Lexus NX has debuted earlier than expected. A leaked promotional video, now deleted, has previewed the upcoming SUV. The design as well as the cabin of the NX see several changes. The SUV in this image carries a European licence plate, indicating a Euro-spec model.

Lexus has taken an evolutionary, modern approach towards the styling of the new NX. It still gets the trademark Lexus spindle grille, but it’s now flanked by sleeker LED headlights with integrated LED DRLs. At the rear, the LED tail lamps are connected by a light bar. New character lines across the side of the SUV make it look more chiselled than before.

Inside, the NX gets a complete makeover. A larger 12-inch touchscreen infotainment system set into the dashboard replaces the tablet-styled non-touchscreen unit from the first-gen model. Lexus has completely done away with the infotainment controller touchpad following the negative response it received. The analogue dials have been replaced by a fully digital instrument cluster, sitting behind a new steering wheel.

The leaked video highlights two powertrains for the new NX: NX350h hybrid and NX450+ plug-in hybrid. This will be the first time the NX will get a plug-in hybrid variant. Since the new NX shares its TNGA-K underpinnings with the Toyota RAV4, it is likely to get the same 2.5-litre petrol plug-in hybrid powertrain as the RAV4 which puts out a combined 302PS. The 350h hybrid could be a step up from the usual 300h hybrid Lexus models.

The second-gen Lexus NX is expected to launch in Japan by May 2021. It could also be imported to India, like its predecessor, soon after that. It will probably be priced along the same lines. The first-gen model, which arrived in India in 2017, is priced from Rs 58.20 lakh to Rs 63.63 lakh (ex-showroom). In India, the NX competes with the Mercedes-Benz GLC, Jaguar F-Pace, and BMW X3. It will also lock horns with its platform-sibling, the Toyota RAV4, which is expected to be launched in India by mid-2021.