Lexus Has Taken The Covers Off The Facelifted ES Hybrid

The ES gets updated safety features, including improved camera lens and radar for collision avoidance 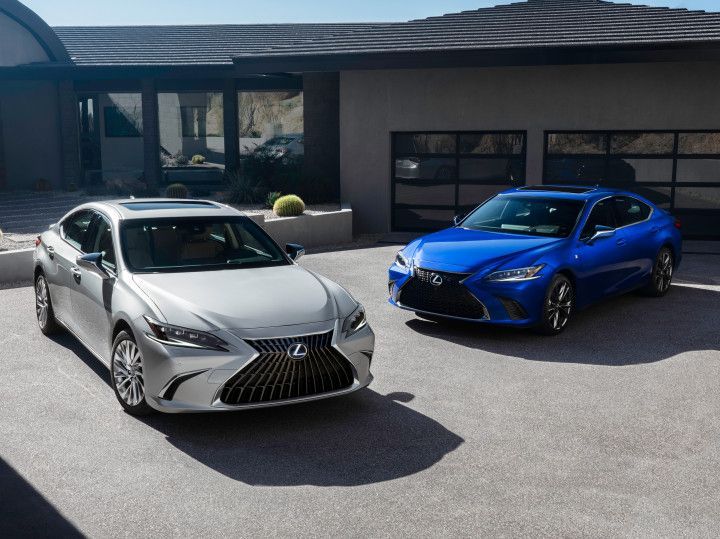 Lexus has unveiled the updated version of the ES. While there isn’t a sea change on the outside, there are some significant upgrades to the technology and software for improved safety, convenience, and driveability.

The facelifted ES gets Lexus Safety System+ 2.5 as standard. This includes a better camera lens and front radar (used for collision warning and autonomous emergency braking). The pre-collision system has been tweaked, which now gets emergency steering assist. The lane departure system and dynamic cruise control have been improved as well.

There is also an Adaptive Variable Suspension with 650 levels of adjustment based on G loads, vehicle speed, steering angle, and various engine parameters.

However, changes visible to the naked eye aren’t many. So much so, that at first glance, you’d probably think this to be the existing model. You see the traditional Lexus grille with slight tweaks and revised LED headlamps. The LED DRL design remains unchanged. But it does get new 17-inch wheels (in addition to the 18-inch ones) and two new body colours.

Inside, the infotainment system is now a proper touchscreen that allows for more intuitive control. The unit has been shifted forward by 100mm and tilted by around five degrees for easier driver access. However, it still continues with the remote touch feature.

The standard petrol-only model aside, there are also the hybrid 300h and F Sport trims, which get a snazzier blacked-out grille. Additionally, the latter comes with generous use of ‘F Sport’ badging (to tell you it is something special) and a lip spoiler. Lexus has also provided it with a new Dynamic Handling Package with Sport + and custom drive modes.

Globally, Lexus offers the ES in three levels of trim, whereas in India, we only get the 300h. In 2020, the Japanese carmaker had introduced the ES 300h’s localised version, currently priced from Rs 56.55 lakh to Rs 61.75 lakh (ex-showroom). It is available in two variants: Exquisite and Luxury.

We expect the facelifted model to be introduced here soon. There’s a possibility that some of the updates mentioned above will make their way into the India-spec sedan.