Evolutionary design, plenty of new tech as well as up to four powertrain options 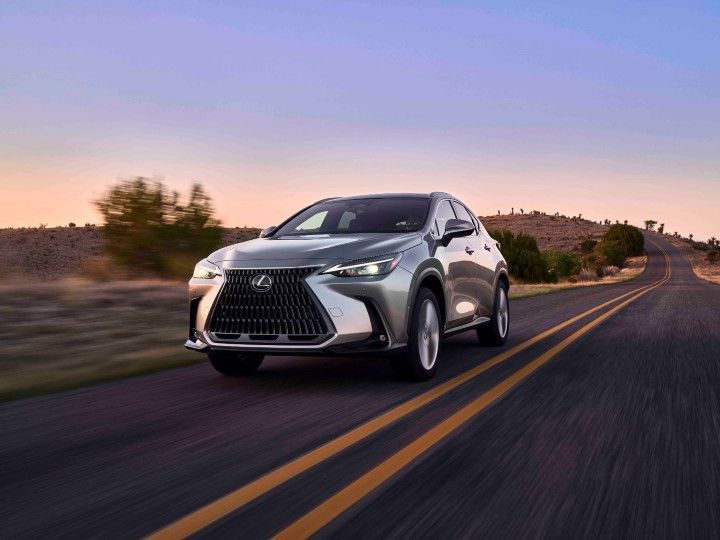 After a variety of teasers and a leaked promotional video, Lexus took the wraps off the second-generation NX SUV. The first of two Lexus offerings to be introduced within the next couple of years, it is built on the TNGA-K platform like the Toyota RAV4. As for what’s different in the NX, there are several of them to dissect.

The new NX’s styling is more evolutionary and modern. Up front, the trademark spindle grille is retained, flanked by a pair of sleeker LED headlights with all-new integrated LED DRLs. Head over to the sides, and you’ll notice a more chiselled look for the NX with some neat character lines. At the rear,  the LED tail lamps are now connected by a horizontal light bar and Lexus is inscripted instead of the logo. If that’s not enough, the optional F Sport pack adds on a bolder front grille mesh, more aggressive bumpers, a front-lip spoiler, as well as a bespoke set of 20-inch alloy wheels.

The bigger revolution is when you step inside, with a ginormous 14-inch touchscreen infotainment system that can be operated via voice commands. Good news, the infamous infotainment controller touchpad from the first-gen model has been axed. This is complemented by an optional 10.1-inch head-up display, and a new 7-inch digital driver’s display sitting behind a new steering wheel with touch-sensitive buttons. The F Sport option adds in sports seats, a bespoke steering wheel, black-red upholstery as well as aluminium pedals.

There’s a raft of tech on board the new NX which includes wireless Android Auto and Apple CarPlay, over-the-air updates, a panoramic sunroof, digital car key, a virtual assistant, 64-color ambient lighting, wireless charger, and  a 10-speaker sound system. A nifty addition that caught our eye is what Lexus calls E-Latch. Basically, both the inside and outside mechanical door handles have been replaced by a sleek button to make entry/exit that much easier.

The other overhaul for the NX comes under the hood, with up to four engines on offer (three of which are new offerings). It starts off with the familiar NX 250 that utilizes a naturally aspirated 2.5-litre four-cylinder petrol mill pushing 203PS and 250Nm. Next up is the new NX 350 that comprises a 2.4-litre turbocharged motor making 275PS and 430Nm. Both engines are paired to an 8-speed automatic gearbox, with the NX 350 getting  AWD as standard. The former gets front-wheel drive as standard with the option of AWD.

Heading over to the hybrids, the new NX 350h has the same 2.5-litre petrol engine  that is paired with two electric motors (one on each axle) like the predecessor’s 300h. But it makes 43PS more grunt at 239PS. The biggest talking point of course is the NX 450h+, which is the first plug-in-hybrid offering from Lexus. Performance details are yet to surface, but it uses the same 2.5-litre engine as the NX 350h. With the help of a 18.1kWh lithium ion-battery juicing the electric motors, Lexus also claims it can go upto 58km on all-electric propulsion.

Lexus claims it will commence production of the next-gen NX SUV in the third quarter of 2021, followed shortly by a launch. No word yet on when it will be imported to India, but we think it might happen around early 2022. It will command a premium over the current-gen model that retails from Rs 58.20 lakh to Rs 63.63 lakh (ex-showroom) and rekindle its rivalry with the Mercedes-Benz GLC, Jaguar F-Pace, and the BMW X3.