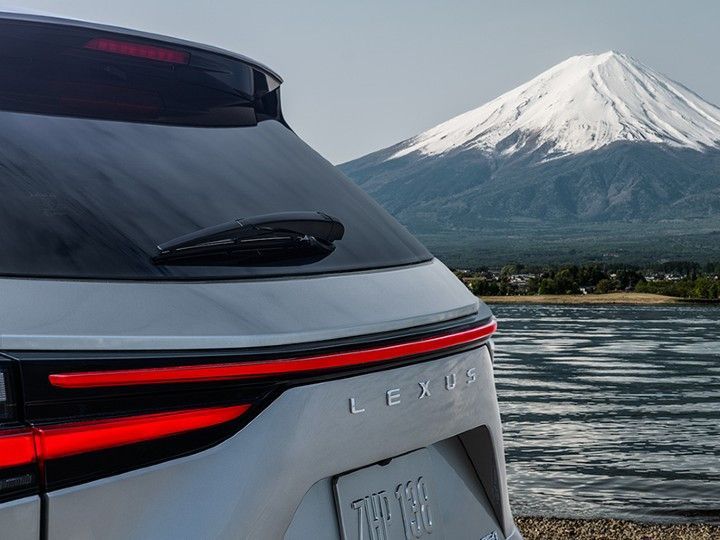 Lexus has released the first official teaser of the second iteration of the Lexus NX SUV and confirmed its global debut for June 12. Based on the TNGA-K platform like the Toyota RAV4, this generational update is set to bring in several changes to the SUV.

Even though Lexus has just dropped the first image of the new NX, we’ve already had a pretty clear idea of how it will look thanks to a promotional video leaked back in February. For starters, the design has undergone an evolutionary and modern upgrade. It gets sleeker LED headlights and integrated LED DRLs, with the trademark spindle grille in the centre retained. The overall silhouette gets more character lines to give the SUV a more chiselled look than its predecessor. Towards the rear,  you get LED tail lamps connected by a light bar.

The SUV will see a bigger change on the inside, with a larger dashboard-integrated 12-inch touchscreen infotainment system replacing the older tablet-style non-touchscreen unit. It also gets a digital driver’s display behind a new steering wheel. Even the infamous infotainment controller touchpad from the first-gen model has been axed.

Expect Lexus to reveal all the details of the next-gen NX SUV at its global debut on June 12. There’s no word on when it will be imported to India, but we think it’s possible towards the end of this year or early-2022. It will command a premium over the current-gen model that retails from Rs 58.20 lakh to Rs 63.63 lakh (ex-showroom) and rekindle its rivalry with the Mercedes-Benz GLC, Jaguar F-Pace, and the BMW X3.