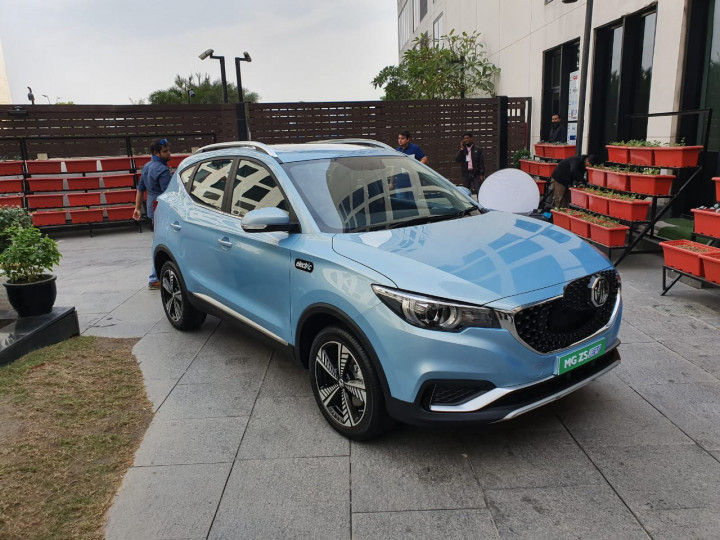 MG Motor India launched the ZS electric vehicle (EV) in India today. You can read our launch story here. At the launch event, MG told us that it is developing another battery pack for the ZS EV, which is due to be launched in two years. MG claims it will weigh the same as the current 44.5kWh battery. For reference, the current battery weighs 250kg and has a claimed range of 340km. The company says the future battery could give the ZS EV a 500km range. Expect the 73kWh ZS EV to be unveiled by the end of 2022.

The ZS is Morris Garage’s second sport utility vehicle (SUV) in India. Its battery is a 44.5kWh pack of lithium-ion cells. It can be fully charged in a claimed 6.5 hours using a 7.2kW AC charger, which MG will install in your house. Without it, the ZS EV can take up to 20 hours. But if you live in a city where the company has set up some public chargers, the MG will fill up to 80 per cent in just 40 minutes (claimed).

So, the bigger battery would take longer to charge, right? The current infrastructure in India allows for public charging stations to provide up to 50kW of direct current to your car. With the same CCS and home chargers, the larger battery is likely to take more time than the 44.5kWh pack. But the amount of time taken by a battery pack to become fully charged also depends on the battery management system (BMS). The BMS distributes current to all the cells in the pack, constantly monitoring the charge levels in each cell. Hence, the 73kWh pack, with a more sophisticated BMS could cut down on the charging time.

MG’s batteries come from Computer Amperex Technology Limited (CATL) -- the third largest EV battery provider in the world. Its research and development department is constantly working to develop electrolytes with higher conductivities and lower viscosities. Lithium-ion cells release electric energy when lithium ions travel from one terminal to the other. Easing each ion’s travel time is one way of improving EV battery packs.

We hope to see the new battery come to the MG ZS EV as soon as possible. MG says we’ll have to wait for another two years for the new battery to come through. We also hope MG’s estimate of the battery’s range is conservative. Longer range numbers and quicker charging times are undoubtedly going to help EVs replace combustion vehicles. However, we can’t help but think that it will also drive up purchase and replacement costs of the battery. Let’s see how the company prices the longer-range SUV in two years.