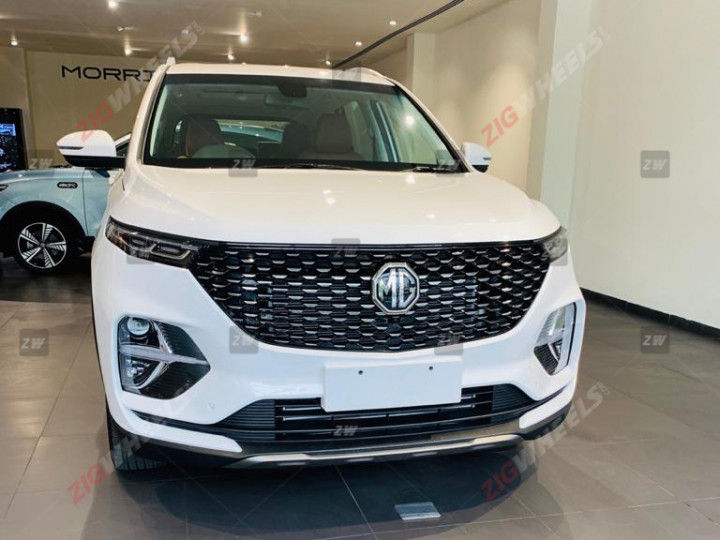 MG Motor India has revealed the launch date of the Hector Plus, its third SUV for the Indian market. The upcoming SUV is slated to launch on July 13 and the Hector Plus has already started reaching showrooms ahead of its market introduction. Pre-launch bookings are also open for a token amount of Rs 50,000.

It also gets a new ‘swipe to open tailgate feature’ where one can swipe his leg under the car to open the boot lid. Features that have been carried over from the standard Hector include a 10.4-inch infotainment system with Apple CarPlay and Android Auto, connected car technology, a panoramic sunroof, an Infinity sound system, climate control, cruise control, ambient lighting, and powered driver’s seat. On the safety front, it comes with six airbags, ABS with EBD, parking sensors, and electronic stability control.

The Hector Plus will utilise the standard model’s 143PS 1.5-litre petrol engine and 170PS 2.0-litre diesel engine. Both variants will be offered with a 6-speed manual transmission while the petrol engine can be had with a DCT. Petrol manual variants can also be opted with a 48V mild hybrid system that provides torque boost under hard acceleration.

The MG Hector Plus will be offered in three variants -- Super, Smart and Sharp. Head here to see more details on the Hector Plus’ variants. Prices for the upcoming SUV are expected to start from Rs 15.88 lakh (ex-showroom). It will lock horns with the Mahindra XUV500, Toyota Innova Crysta and the upcoming Tata Gravitas.