Apart from cosmetic revisions, the E-Class sees feature and tech updates as well 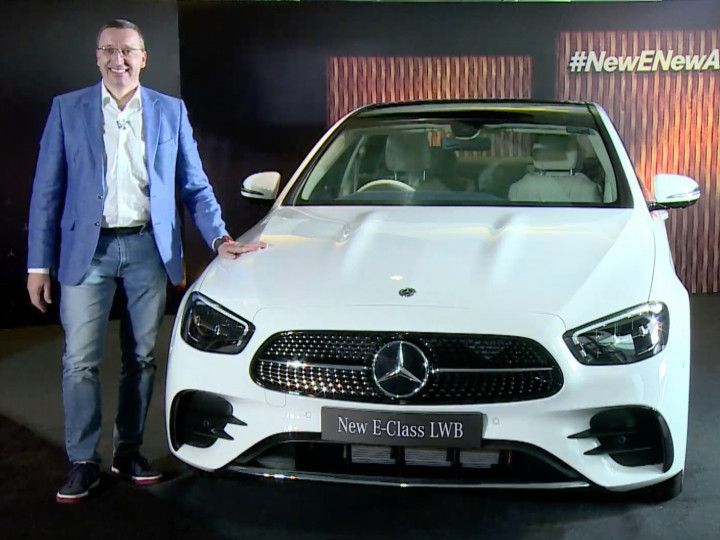 Mercedes-Benz has launched the facelifted E-Class in the country at Rs 63.60 lakh (ex-showroom). This is the first update for one of Mercedes’ best sellers in the country. Apart from cosmetic revisions, the facelifted E gets more tech and features on board. Just like before, the E-Class is offered in a long-wheelbase variant. It’s offered with three engines across three broad variants. Here’s how it’s priced:

While the base variants are pricier by up to Rs 86,000, the Exclusive trim is actually more affordable by up to Rs 10,000. The E350d, which was earlier offered in an Elite variant, is now pricier by Rs 1.25 lakh in its new AMG line variant.

Here are five things you should know about the facelifted E-Class:

What’s New On The Outside?

Mercedes-Benz India has kept the styling of the facelifted E-Class in line with the carmaker’s latest design language. It now comes with a sharper set of LED headlamps that flank a larger grille. Even the aggressive air intake design gives it a sportier look.

The facelifted E-Class is based on the long-wheelbase variant. It’s 205mm longer than the standard model between the axles. While there are no sheet-metal changes, a set of new alloy wheels spruce up the design. At the rear, the new triangle-shaped split-LED tail lamps give it an S-Class vibe. The E350D AMG Line variant also comes with larger alloy wheels and slightly more aggressive design elements.

Any Updates On The Inside?

Save for the new touch control-based steering wheel draped in Nappa leather, the interior design remains largely similar to the pre-facelift model. But that’s not it. The twin screens comprising the digital instrumentation and infotainment system now run on Mercedes’ MBUX (new for the E), which is one of the best in the market. Apart from connected car tech and online navigation, one can hook the system to their Alexa or Google smart devices and use certain features from the comfort of home.

The main focus, though, are the rear seats as that’s where most of the chauffeur-driven owners will be spending most of their time. Rear-seat occupants now benefit from a new touchscreen pad to control almost all features. The seats should be extremely comfortable with reclining and sliding to find that perfect seating position.

What Powers The E?

The E-Class retains the outgoing model’s petrol and diesel engines. All engines drive the rear wheels via a 9-speed automatic transmission. The AMG variant with the V8 turbo-petrol will be launched soon. Here are the detailed specifications:

The E-Class locks horns with the BMW 5 Series, Audi A6, Jaguar XF, and the Volvo S90. Sure, the E-Class is on the pricier side when compared to its rivals, but it’s also the only model in the segment to come with a long wheelbase. In a country where most owners prefer to take the back seat, the E-Class could very well be the perfect fit.