Maruti Suzuki S-Presso To Get Greener With CNG Powertrain

The S-Presso CNG will use the same BS6-compliant 1.0-litre petrol engine as its petrol-powered sibling 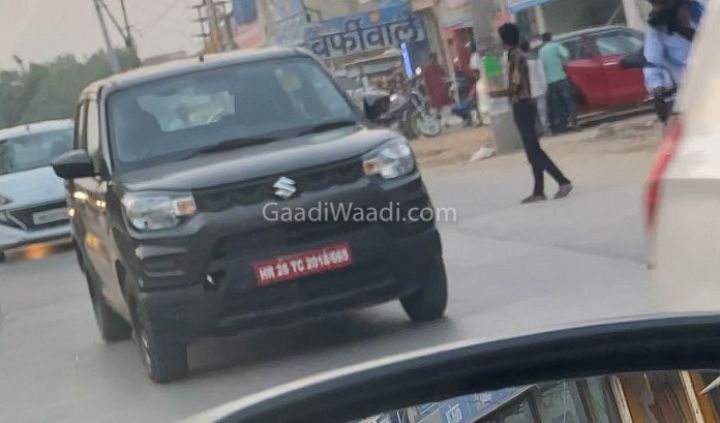 What you see here are spy images of the Maruti Suzuki S-Presso in its CNG guise undergoing emissions testing. Maruti Suzuki did not offer a CNG variant of the hotly-anticipated S-Presso when it was launched on September 30. The Renault Kwid rival came in with a tall stance and an odd styling, which was a point of discussion. But the S-Presso has performed well so far. So well in fact that it sells two times more than its arch rival. When launched, the S-Presso CNG will join the band of CNG cars from Maruti’s stable like the Alto, Alto K10, Celerio, WagonR and Ertiga. The S-Presso has gained a fair amount of popularity but there are a few interesting facts that you might not know about it.

As the S-Presso is already BS6-complaint, the test mule spied here with emissions testing equipment suggests that it might in fact be the upcoming CNG variant. The S-Presso uses a 1.0-litre K10B engine which produces 68PS of power and 90Nm of torque mated to a 5-speed manual or AMT. The CNG variant will be down on power by a small margin and is also likely to lose out on some boot space due to the CNG cylinder.

The government of India is also trying to increase the number of CNG filling stations in India from 1,400 to 10,000.  The government is betting big on CNG and believes that CNG will be an alternative fuel for the future. Maruti’s S-CNG cars are currently priced from Rs 4.11 lakh for the Alto to Rs 8.87 lakh for the Ertiga CNG.

The S-Presso is based on the Heartect K platform and is available in four variants: Std, LXi, VXi and VXi +. As of now, we are not sure as to which variants will gain the CNG setup. Some of the notable features that the S-Presso gets are a multi-info display, touchscreen infotainment system with Android Auto and Apple Carplay, steering-mounted audio controls, dual airbags, ABS with EBD, and rear parking sensors.

The CNG-powered S-Presso is expected to be launched next year with Maruti likely to price it aggressively to undercut its current CNG offerings. That said, the CNG variant might be priced at a slight premium over the standard S-Presso.