In celebration of the last 70 years of taming the most difficult terrains in the world, Land Rover India attempted an impossible trail drive up into the Himalayan foothills. 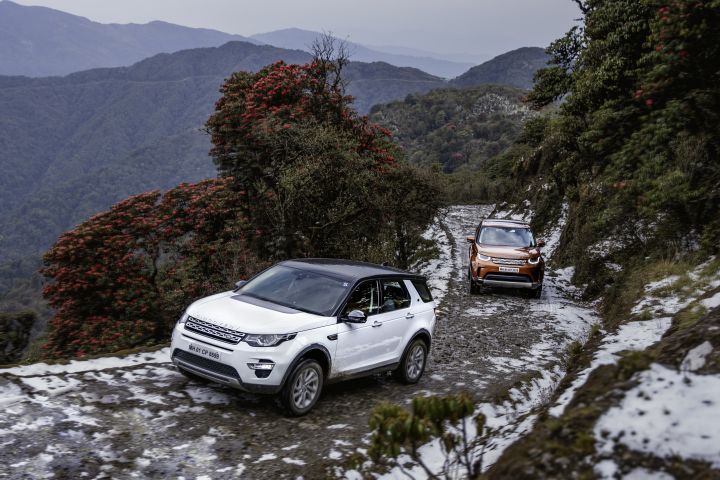 This story starts in tea estates in the clouds where the mighty mountains touch down in the northern part of West Bengal. This region has a famous city, Darjeeling, a hill station and tourist hotspot that perpetually hogs all the attention. Except when it comes to 4x4 aficionados and Land Rover fans. Then it’s Manybhanjang, a small city, just 26km west of Darjeeling where you need to head to. Here, a fleet of Land Rover 4x4s made in the 1950’s have helped settlers in the higher mountain passes move people and goods up the steep slopes and also promoted trade with neighbouring Nepal.

One of these trails, a 30-odd kilometre pony trail from Maneybhanjang to Sandakphu on the Nepal border, is considered the toughest of routes and, as legend would have it, is only traversable in a Land Rover. Actually, that’s not quite true today, but in the 1950’s, when the Land Rovers made the first trips up the tight and twisty path, the only other transport capable of making the journey were pack animals. Today, most of the tight hairpins have been paved and even the first 15 kilometres of the trails has black top or a cement surface added in the last couple of years. This means that other 4x4’s are also capable of making the trip today, but till very recently the old Land Rovers ruled supreme.

Land of the Land Rovers
The Land Rover made its world debut in 1948. Just a few years later they were being brought into the country by tea estate owners who found their go-anywhere ability invaluable for getting around their muddy, hilly estates. Later on when the estate owners left Indian shores, the vehicles were bought in auctions. As many as 300 found their way into Maneybhanjang, where they were used as taxis to ferry people and goods up the steep slopes to settlements on the high mountain passes. Over 40 of these original vehicles still exist and ply this route daily, some still running on their original 2.0-litre petrol engines.

The Land Rovers, or ‘Series’ Land Rovers as they came to be referred to later, were built post-WWII by Rover, who wanted to build an economical workhorse for a post-war world, the sales of which could later restart production of their more premium Rover cars. With this in mind, Land Rovers were built very simply and featured a very light aluminium body (from the surplus aluminium that had been used to build planes for the war) on a simple steel frame. The four-wheel-drive system was inspired by the equally famous Willys Jeep that had just proved its utility in the war.

As we started up the trail it became clear why it has such a fearsome reputation. The majority of the way it’s just wide enough for one vehicle to pass and the hairpins were so tight that the Discovery had to make three point turns for most of them. As we made our way up the trail we also had to keep a constant lookout for oncoming vehicles as passing another vehicle is always a lengthy affair of reversing to a wider spot and then guiding each other past on the narrow road.

Riding in a 1954 Land Rover Series One was really an experience to remember. At first, the thought of sitting in a 64-year-old tin can with no seatbelts and someone else behind the wheel was a daunting thought. But as we drove up the steep slopes our fears evaporated as we witnessed how seemingly effortlessly the Land Rover was ambling up the hills. Its lightweight and torquey 2.0-litre petrol barely batted an eyelid at the steep slopes and tight turns while the modern SUVs were having to pull three-point hairpin turns and were relying on complex electronic drive systems to keep pushing on upwards.

A birthday surprise
The highlight of the trip was getting behind the wheel of the old Land Rover on a flatter stretch of the trail, giving us a better understanding of the skills the taxi drivers who ply up and down this route daily possess. As you can imagine, it’s a bit of a quirky experience: to start with, you have a really massive steering wheel and the pedals are widely spaced. I had to build revs a little and then let out the clutch and after a little bit of clutch slip we were off. The big steering gives you great leverage and the boxy body gives you excellent vision. If you stick your head out the window you can actually see the front and rear wheels on the driver’s side while your co-passenger can guide you as to where the other two wheels are treading. Perfect for tight and tricky trails like this and invaluable when passing other Land Rovers coming in the opposite direction.

In contrast, on the way down, driving the all-new Discovery was a completely polarising experience. After ‘feeling’ exactly where the wheels were and experiencing every single bump, the Discovery sort of insulates you from the experience somewhat. On the steep descents we had all the assists on - hill descent control and surround cameras working overtime. It was all needed too, to help us down the twisty path. But despite the difficult terrain and their large dimensions, both the Discovery and Discovery Sport also made their way up and down the demanding trail with a similar, albeit electronically assisted, ease. You just had to be a lot more careful with the wider Discovery and it really needed every one of its sensors, cameras and trick drive modes to get it through unscathed. With the original Land Rover the driver has a much larger role to play in the whole equation. That, in a way, was what made driving it all that more special.