A turbo-petrol mill with a clutchless manual or the traditional gearbox? We put three sub-4 metre SUVs to the test to see which combination is the one to pick 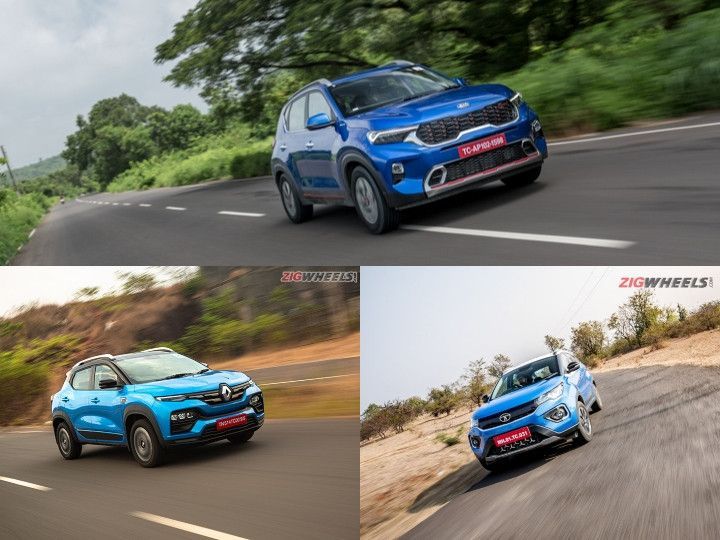 The sub-4 metre segment is one of the most intensely competitive battlegrounds in the Indian automotive industry with a variety of options to choose from. While most offerings get a petrol-manual offering, the likes of the Kia Sonet stand out by offering an iMT clutchless manual gearbox. Is it really one to consider over the traditional manual gearbox? We tested it against the Renault Kiger and the Tata Nexon:

On paper, the Kia Sonet and Tata Nexon are essentially equal despite the two sub-4 metre SUVs having different displacements in their petrol engines. Of course the Sonet’s main differentiator from its rivals is a 6-speed clutchless iMT manual gearbox. The Renault Kiger is the odd one of the three, being the least powerful of the three, and gets a 5-speed manual gearbox compared to the 6-speed units in the Sonet and Nexon. So how do the three sub-4m SUVs fare in the real world?

While the Renault Kiger isn’t the most powerful on paper, it comes out on top in the 0-100kmph sprint despite being tested in sub-optimal conditions that would give it a disadvantage. However, once you get to higher speeds and gearing, the Kia Sonet’s clutchless iMT comes in handy to make it the quickest of the three sub-4 metre SUVs. Despite the Tata Nexon being identical on paper to the Sonet in terms of outright power, it is the slowest of the three SUVs.

With all the factors taken into consideration, the Kia Sonet is an ideal pick if you’re willing to shell out more dough for performance, while taking the hit on frugality. For a long road trip, the Nexon is preferable and gets the most affordable starting price of the three sub-4 metre SUVs. The Renault Kiger provides the best of both worlds with decent performance, frugal in the city, and has the more affordable top-spec trim of the three.