Partha and Kartikeya Singhee talk about future Jeeps including the facelifted Compass, the locally assembled Wrangler, and the India-bound sub-4 metre SUV 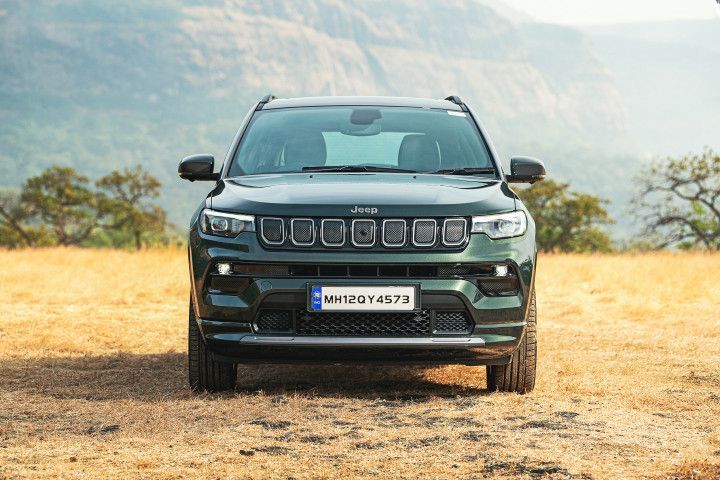 Jeep India is set to begin 2021 with the launch of the facelifted Compass, followed by three models by the end of 2022. We recently had a quick word with Partha Dutta, FCA India’s President and Managing Director, who gave us a sneak peek into the carmaker’s future plans including the India-bound sub-4 metre SUV.

KS: Any particular reason why the new 1.3 turbo-petrol isn’t offered with the Compass in India?

PD: The existing 1.4-litre turbo-petrol engine is delivering all and more of the competitive power we need. We didn't see the need to introduce any further engines into the market. And with the boundaries we have, we feel we are competitive and we are getting excellent customer reviews.

KS: Are there any plans for an electrified variant of the Compass in the near future?

PD: We do have a roadmap and a plan for electrification. It’s just that the Compass electrification is one of the pieces of the entire roadmap. Today, if I look at the segment from an electrification standpoint, it's about less than 0.1 percent. The biggest challenge from a consumer and the consumer demand perspective still remains range anxiety. Today, FCA has all the electrified technology that is on the shelf, but we’ll bring them in at the right time.

KS: The new models, set to be launched by the end of 2022, will take Jeep into the premium end of the market. But what challenges will Jeep face when it enters the mass market segment as Indian buyers are typically more into the value zone and are very cautious and conservative?

PD: Jeep has been an aspirational brand and has played in the premium part of the offering. I don't believe any particular segment is Matamanoa, right? If I look at the sub-4 metre segment, just size-wise, they're not monoliths as they have a spectrum and appeal to a different set of buyers. Jeep will have an offering that is dimensionally in the sub-four metre range at some point in the future.

KS: The Compass has moved into a C-plus premium position in the market while most of the action is in the C category. Do you see any way or opportunity for you to deal with that as of now?

PD: Consumers don't know what C-pluses and C-minuses mean, right? I agree with you that in the end, people will look at the spectrum and decide. But I feel the Compass is a very competitive offering. When you compare the value it brings, the purchase decision you're trying to make, I am 100 percent certain that it is competitive with any of its rivals.

KS: What was the reaction to the Mahindra Thar back in Detroit?

PD: Hahaha, you'd have to ask the Mahindra people that question. I'm here to sell, develop, make Jeeps, and delight my customers. I'm not here to answer queries on any other OEMs or products.

KS: Will the locally assembled Wrangler have the same Unlimited and Rubicon lines that are currently on sale or will it be a little different in terms of the trims? Also, is there a possibility that we will see a diesel-powered Wrangler as well?

PD: We'll be offering two variants, the details of which will be announced in the future so for now, I would like to maintain suspense. Coming to a diesel-powered Wrangler, we’ll be happy to give you an update at a later stage.

Jeep India’s product onslaught will begin with the facelifted Compass, set to be launched on January 27. While the exterior comes with a minor design update, the interior is brand new and packs more tech and feature than before. The facelifted Compass continues to be powered by the existing 1.4-litre turbo-petrol and 2.0-litre diesel engines. Click here to know more about the Compass.