It will be based on the Prophecy EV coupe concept 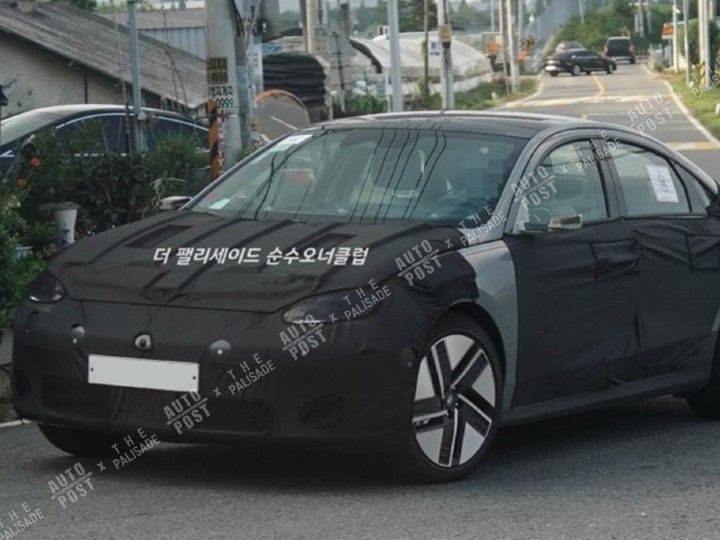 Hyundai’s next dedicated electric vehicle, the IONIQ, has finally been spotted on public roads in production form. Based on the Prophecy EV coupe concept, the test mule was heavily disguised, but we could still piece together some notable design traits in the upcoming electric sedan.

Looking at the prototype, the similarities to the Prophecy concept are already present at the front with a low sloping bonnet and LED headlights. Even the arching roofline is inspired by the concept. But the rear tail lights cluster seem to have a similar pixel effect as the IONIQ 5. Another stand out bit is the aero-styled alloy wheels, which seem large enough to be 20-inch units.

We’re yet to have a look inside, but we think the IONIQ 6 could share some cabin bits with the IONIQ 5, while adding on some premiums of its own. Some notable features may include electronically adjustable front seats, a futuristic augmented reality head-up display (AR HUD), that uses the windshield as a display screen, two 12-inch floating screens that combine the instrument cluster and infotainment system, and a sliding centre console.

Also expect  it to be equipped with the next-gen Hyundai SmartSense range of driver assists. They may include Forward Collision-Avoidance Assist, High Beam Assist, Driver Attention Warning and Highway Driving Assist 2.

Coming to the mechanicals, we know the IONIQ 6 will utilise Hyundai’s dedicated Electric Global Modular Platform( E-GMP). Reports suggest that there will be a single-motor, rear-wheel drive variant making 217PS, and a dual-motor, all-wheel-drive setup pushing around 312PS of grunt. Both motors are claimed to be juiced up by a 73kWh lithium-ion battery pack, with a targeted range of over 480km.

Hyundai is slated  to launch the IONIQ 6 electric sedan by 2022. There’s no word on whether it will arrive in India yet. Currently, the Kona Electric, that retails from Rs 23.77 lakh (ex-showroom), is Hyundai’s sole EV offering in the country.