It will power different genres of Huskies including supermotos, enduros, adventure tourers and roadsters 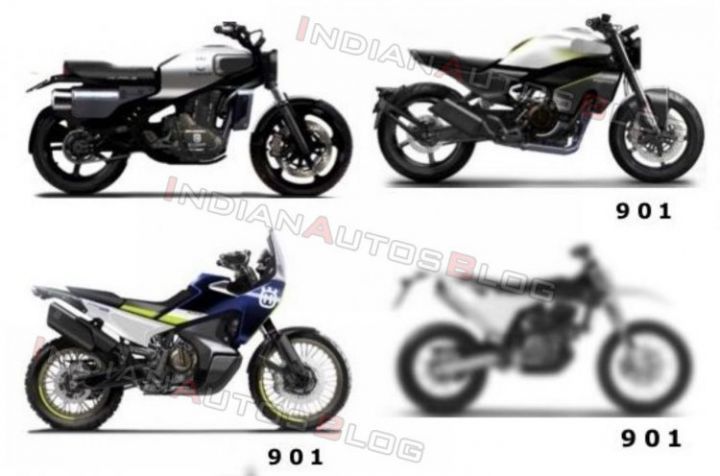 We’ve already seen the Swedish manufacturer Husqvarna working on some twin magic on its new adventure tourer. Now, reports suggest that there’s a whole roster of bikes using KTM’s parallel-twin engine, which will be unveiled in the near future. Just like Husqvarna’s new entry-level portfolio, the 901 series of bikes caters to four genres: supermotos, enduros, adventure tourers and roadsters. Bigger Vitpilen 701 and the Svartpilen 701s are also reported to be in the pipeline.

A bump in displacement suggests that these bikes may comply with Euro5 emission regulations and by extension, BS6 emission norms. While the engine is likely to be shared across all four platforms, there may be a slight difference in the way the power is delivered. For instance, the roadster and supermoto are pegged to be faster and more agile and may have peaky performance. On the contrary, the enduro and the adventure models could possibly trade top-end performance for a low- and mid-range grunt, given its character.

In terms of styling, we believe the upcoming bikes may draw inspiration from the current-gen models, albeit with a few design tweaks here and there. Also, considering the commonalities between KTM and Husqvarna bikes, it would be safe to assume that the forthcoming set of bikes will share the same underpinnings as the orange machines.

To break it down, that’s the same trellis frame with a bolted-on sub-frame, upside-down forks and a monoshock from WP, disc brakes at both ends with Brembo callipers and dual-channel ABS. The ABS intervention on the off-road friendly bikes may have the option to be switched off. Other notable features may include LED lights and a full digital instrument console with Bluetooth connectivity.

Would these bikes make it to India? Discounting the Vitpilen 701 and the Svartpilen 701, highly unlikely.