Husqvarna Is Planning Some Twin Magic! 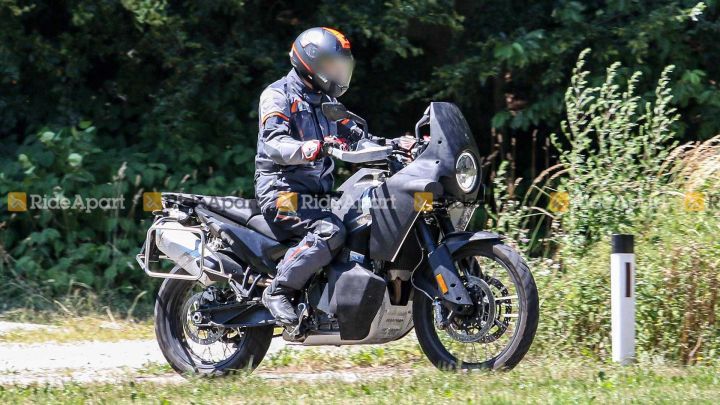 It is surprising that despite its rich off-road heritage, Husqvarna has not built an adventure motorcycle. Better late than never perhaps as the Swedish brand’s first attempt at the genre was spotted recently in Europe. Interestingly, it sports a twin-cylinder motor, which will also be a first for Husqvarna. Also spotted alongside the adventure motorcycle was a naked motorcycle, which we believe will be the Svartpilen 801.

Both these Swedish spied motorcycles were seen making use of a parallel-twin engine. Husqvarna’s road-focused portfolio includes a lot of KTM-derived motorcycles. The India-bound-but-delayed-once-again 401 twins are based on the 390 Duke while the 701 series uses KTM 690 Duke’s big bore single-cylinder mill. Now with these new motorcycles, it is very likely that Husqvarna might borrow the 799cc parallel-twin LC8c engine from the 790 Duke to plonk it in the new Svartpilen and adventure motorcycle. The new Svartpilen sure sounds very much like the 790 Duke, which has a unique 285-degree crank offset, making it sound like a V-twin motor. Expect this engine to be Euro 5-compliant as it is highly unlikely to be launched this year.

The Svartpilen spotted was also not running the typical trellis frame nor did it have any of the styling eccentricities that one has come to associate with the neo-retro nakeds from Husqvarna. However, this is probably a very early pre-production model. That said, the spied motorcycle was running the typical round headlamp with sleek LED turn indicators that one has seen previously on the Svartpilen 401 and 701.

The adventure motorcycle gives off a very early-90s Dakar rally machine vibe with its decently sized windshield, round LED headlamp, provisions for round LED turn indicators in the fairing, and flared lower belly panels to protect the engine from harmful objects. Even this seems like a very early design, which will be refined over time.

We’ll have to wait and see if Husqvarna brings either of these motorcycles in concept guise at this year’s EICMA. However, we are confident that these bikes will mostly be part of Husqvarna’s 2021 model year line-up. And if these bikes are running the 799cc engine, expect these to also arrive in India by late-2021. Stay tuned for more details.