Over a year after it was first spied, the hatchback that completes the updated Figo lineup is going to be launched soon 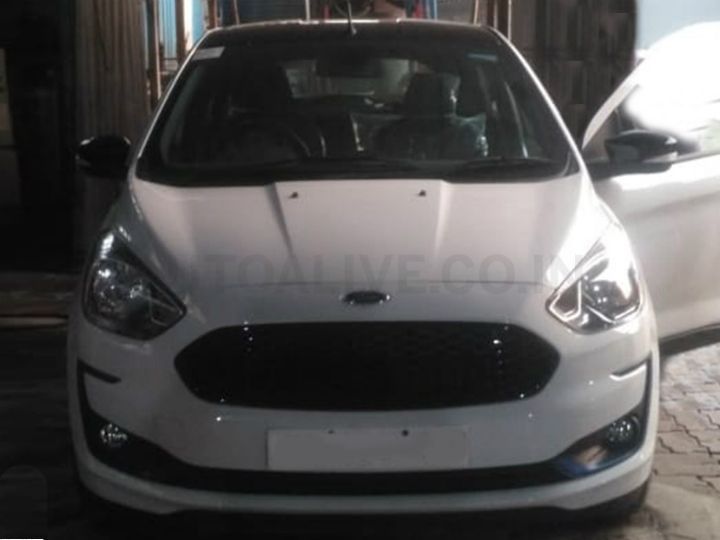 It has now been confirmed that the Ford Figo facelift will be launched on 15 March 2019. This comes more than a year and a half after the car was first spied testing in the country. The Ford Freestyle and the Aspire have taken priority over the Figo in terms of launch dates, but understandably so, as it has not been as much of a hot seller as the other two.

We expect the Figo to get the same features which have made the Freestyle and Aspire more popular, including a new petrol engine, a new gearbox and a better touchscreen infotainment system. It would also help if Ford rectifies some known issues with the Figo platform, though the likelihood of that happening is quite slim.

The biggest expected changes in the new Ford Figo are as follows:

1) A refreshed exterior design which includes all the changes first seen on the Euro-spec Ka+ last February. New spy shots reveal that the Figo in India will not match the Ka+ and will instead be inspired from the Freestyle.

The headlamps, the grille and bumper now feature more black inserts than chrome. The front bumper is the same as the Euro-spec Ka+ apart from the fact that all the chrome is replaced with piano-black plastic. The grille, however, is the same as that on the Freestyle.

In profile, it remains more or less the same as before, apart from the larger 15-inch alloy wheels. The car in the spy shots seems to have received a black roof and stickers, but it is not clear if this is a standard fitment.

Changes at the rear include updated tail lamps as seen on the Freestyle as well as a new bumper. The bumper gets matte black inserts which mimic the design up front and add more character to the overall rear design.

2) The interior is expected to receive the same updates as the Ford Aspire, chief of which is the new 6.5-inch touchscreen infotainment system with SYNC3 tech. Ford may use a different colour scheme from the Freestyle’s black-and-brown, or the Aspire’s black-and-beige to set the Figo facelift apart.

We hope Ford has addressed some of the concerns with the interior design which they did not in the Freestyle and the Aspire. The front passenger seat rubbing against the centre console when pushed forward, the lack of storage space on the rear door pads and the basic instrument cluster were bugbears which should be rectified, but we are not holding our breaths.

3) Under the hood, the new Figo will feature a ‘Dragon’ series 1.2-litre, 3-cylinder, naturally aspirated petrol engine. Also powering the Freestyle and the Aspire, this motor develops 96PS of maximum power and 120Nm of peak torque, paired to a 5-speed manual transmission.

The diesel variants will continue to be powered by the tried and tested 1.5-litre TDCi engine making 100PS and 215Nm. It will get the slick new Getrac-sourced 5-speed manual as the petrol engine though. This responsive engine should now be more fun to drive, thanks to the new gearbox.

A CNG-powered variant could also be added to the Figo facelift range, just like the Aspire. Performance figures of the dual-fuel engine do not change even when using CNG, which is a first for such engines.

Will an automatic variant be offered? Ford has the choice of adding the ‘Dragon’ 1.5-litre, 3-cylinder petrol engine and 6-speed torque converter from the EcoSport on the Figo. But we will have to wait and see.

4) Expect new features from the Freestyle to make their way to the Figo too. These include automatic headlamps, rain-sensing wipers, auto-dimming IRVM, a climate control system, engine start/stop button and ambient lighting.

The Ford Figo will continue to compete against the likes of the Maruti Suzuki Swift, the Grand i10 and the Tata Tiago, but it needs more than just a more affordable price to set itself apart from the Freestyle. We will be reviewing the Figo facelift on 17 March 2017. So stay tuned to ZigWheels for the latest news and updates on the Ford Figo.