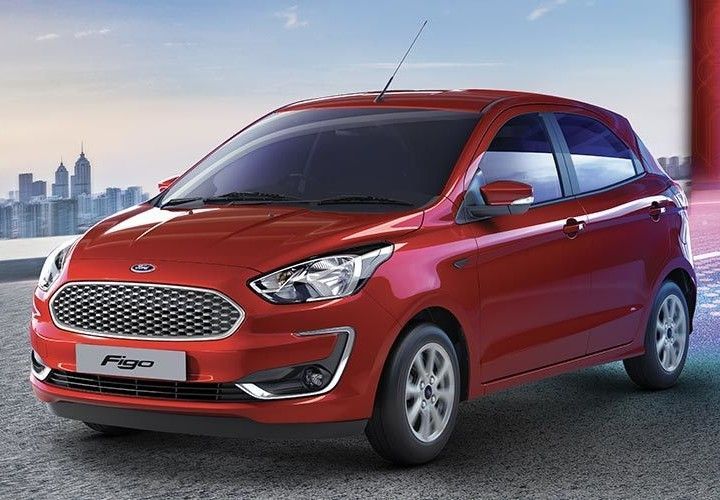 Ford has released official images of the much anticipated 2019 Figo facelift ahead of its launch on March 15. Showcasing the new Figo in all its glory, Ford has given us a fair idea of what to expect from its upcoming hatchback.

In the exterior shots released by Ford, the new Figo gets the same styling as the current gen Ford Ka+ sold in Europe. It features a redesigned bumper, a new honeycomb grille and silver accents around the fog lamp inserts. The headlamps, grille and bumper now feature more black inserts, adding more character to the overall design.

Apart from the normal variants that seem to feature regular 14-inch alloys, Ford has also teased a dual-tone option with sporty blue accents and decals, larger 15-inch black alloys and a gloss black grille. Likely to be called the Blue Edition, this variant is likely to replace the Sports edition of the outgoing model.

The biggest update on the Figo facelift, though, will be its engines. It is expected to be powered by the new 1.2-litre dragon series petrol engine which also powers the Freestyle and the new Aspire. The 3-cylinder unit makes 96PS of peak power and 120Nm of torque, mated to a 5-speed manual transmission. The diesel option will be the same 1.5-litre TDCi engine making 100PS and 215Nm. There will also be a petrol automatic option, likely to be powered by the 1.5-litre, 3-pot dragon engine making 123PS of power and 150Nm of peak torque. This engine will come mated to a 6-speed torque converter auto on the new Figo.

The cabin is likely to be similar to that of the Aspire, but Ford might opt for an all-black theme in the Figo compared to the black and beige of the compact sedan. The biggest addition here will be the new SYNC3 touchscreen infotainment system with Android Auto and Apple CarPlay.

Expected to be priced in the range of Rs 5 lakh and Rs 7.5 lakh (ex-showroom), the Figo facelift will go up against the likes of the Maruti Swift, Grand i10 and the recently updated Maruti Ignis in India. Stay tuned for all the details including variants and pricing, which will be revealed on March 15.