The Ford Figo facelift will get new features and the 1.2 petrol from the Aspire 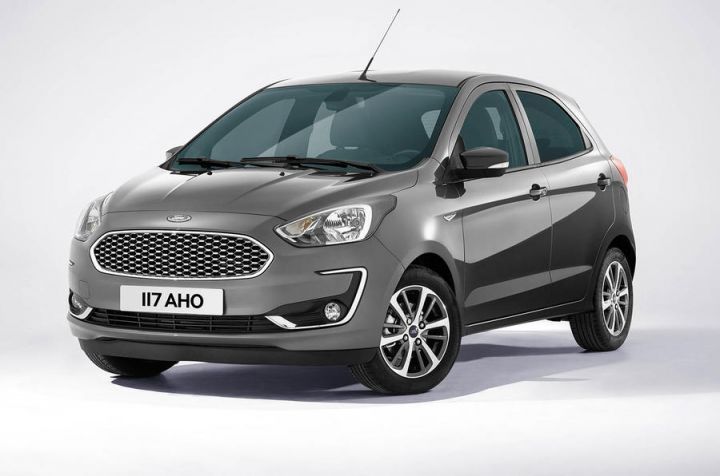 Hot on the heels of the launch of the Endeavour facelift, Ford is all set to launch another facelift. The carmaker will be launching the updated version of the Figo hatchback next month, in March. The exact date of the launch has not been confirmed yet, but what is certain is that it will receive more than just a nip and tuck on the outside.

The biggest update on the Figo facelift will be the engine. It will receive the new 1.2-litre dragon series engine which also powers the Freestyle and the new Aspire. The engine is a 3-cylinder unit making 96PS of max power and 120Nm of peak torque, mated to a 5-speed manual transmission. And judging by our experience with the Aspire, the new petrol engine should feel even more lively in the Figo. The diesel option will be the tried and tested 1.5-litre TDCi engine making 100PS and 215Nm, which is easily one of the best diesel engines out there, especially when it comes to responsiveness.

The automatic, if offered, will have the same drivetrain as the Aspire and the EcoSport which come with the 1.5-litre 3-pot dragon engine making 123PS of power and 150Nm of peak torque. It will come mated to a 6-speed torque convertor automatic gearbox.

The cabin will be carried over from the Aspire as is. That said, the Figo might go for a more sporty all-black interior compared to the black and beige of the Aspire. The biggest change in the cabin will be the SYNC3 infotainment system which will also be carried over from the Aspire. On the outside, the Figo will feature the same honeycomb ‘cellular’ grille like its sedan sibling. The wheels will likely be upsized to 15-inch ones as well and it will feature updated wraparound headlamps and updated tail lamps akin to the Aspire.

When launched, it will rival the Maruti Suzuki Swift, Hyundai Grand i10 and the Tata Tiago. Overall pricing however, is expected to remain the same, between Rs 5.59 and Rs 8.46 lakh (ex-showroom).