The Figo AT is equipped with a 6-speed torque converter. But is that enough for you to pick it over the Maruti Suzuki Swift AMT and Hyundai Grand i10 Nios AMT? 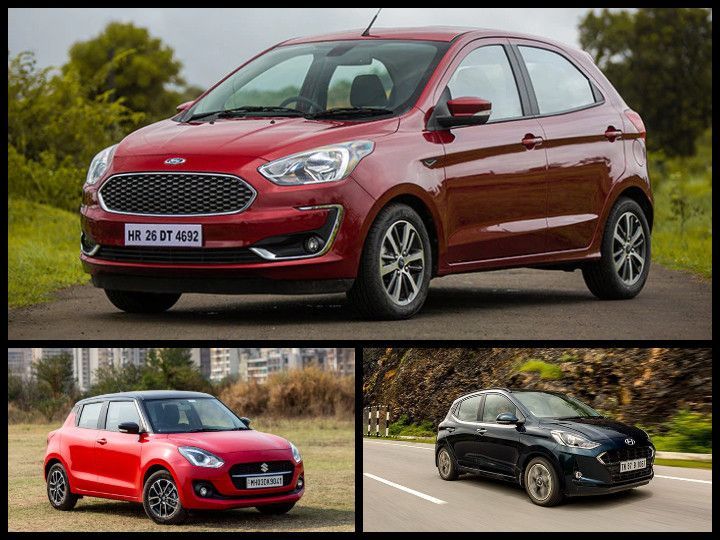 Ford has revived the Figo’s automatic variants here in the country. It is the only car in its segment to come with an out-and-out automatic transmission. This, of course, gives it a distinct advantage over its AMT rivals.

But is that enough for you to pick it over the Maruti Suzuki Swift and Hyundai Grand i10 Nios? That’s precisely what we will talk about in this detailed on-paper specification comparison.

The Figo’s 1.2-litre petrol engine develops class-leading numbers compared to its rivals. It’s also the only model with a proper 6-speed torque converter automatic; the Swift and Grand i10 Nios use an AMT (automated manual transmission).

However, the downside is that the Figo is the least fuel-efficient of the lot. With a claimed fuel economy of 16kmpl, the gap between the Ford and the Maruti is a whopping 7.76kmpl, which is significant.

However, it’s the Ford that goes the whole hog, featuring traction control and side and curtain airbags. The Hyundai Grand i10 Nios neither gets electronic stability control nor traction control.

At this price point, the Figo does make for a great buy as it packs a more refined automatic transmission. Sure, it misses out on certain feel-good features like Android Auto, Apple CarPlay, and cruise control. But look past these, and the Figo with its segment-leading power figures and impressive safety kit undoubtedly makes a strong case for itself.