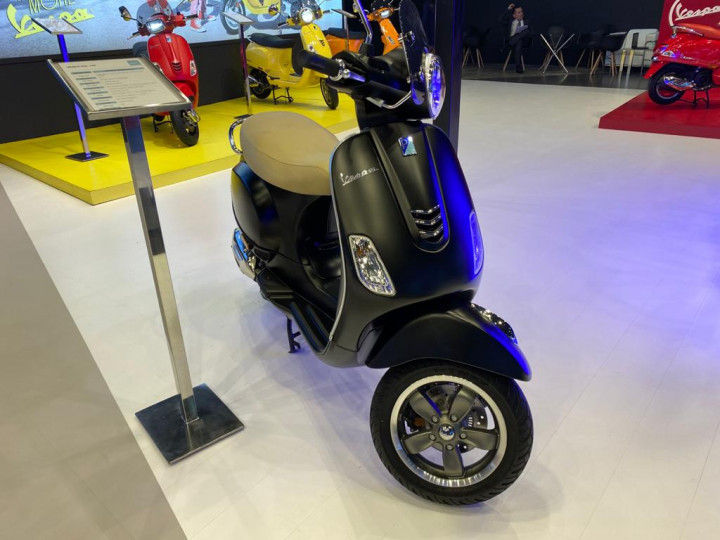 Italian two-wheeler manufacturer Piaggio was earlier rumoured to have had plans of going down on displacement to make the brand more accessible to the masses in the Indian scooter space. In other words, targeting the budget-friendly 100-110cc scooter space. However, our conversation with Diego Graffi, CEO and MD of Piaggio Vehicles Private Limited, suggests otherwise.

Graffi was pretty straightforward and said the brand was happy with its premium positioning in the market and wasn’t interested in smaller-displacement scooters. It simply isn’t the Piaggio way. In fact, the manufacturer’s sales in 2019 were unhindered despite the recent downturn in the market. Moreover, according to the firm, customers are more interested in its BS6 products, regardless of the premium pricing, thanks to the difference in refinement, ease of use, and added features.

Going forward, the company plans to step up its game by gradually investing in the growing 125cc and above scooter space -- case in point the Aprilia SXR160, which was recently unveiled at Auto Expo 2020. Diego also said that higher-displacement motorcycles have piqued interest among enthusiasts in India. Hence, the need to introduce bikes such as the RSV4 1100 Factory, Tuono V4 1100 and the Moto Guzzi V85, a proper adventure tourer.

The introduction of the India-specific SXR160 allows Aprilia to gain footing in an otherwise unexplored market segment. As a matter of fact, the heavily localised SXR160, once launched, would be exported from India to developing countries such as Nepal, Sri Lanka, Bangladesh, as well as African countries.

A constantly growing market calls for change and that’s what the Italian two-wheeler manufacturer intends to do. Its future plans also include tapping into the EV space with an in-house developed Vespa. You can read more about it here.