The sports tourer will be launched before Diwali this year 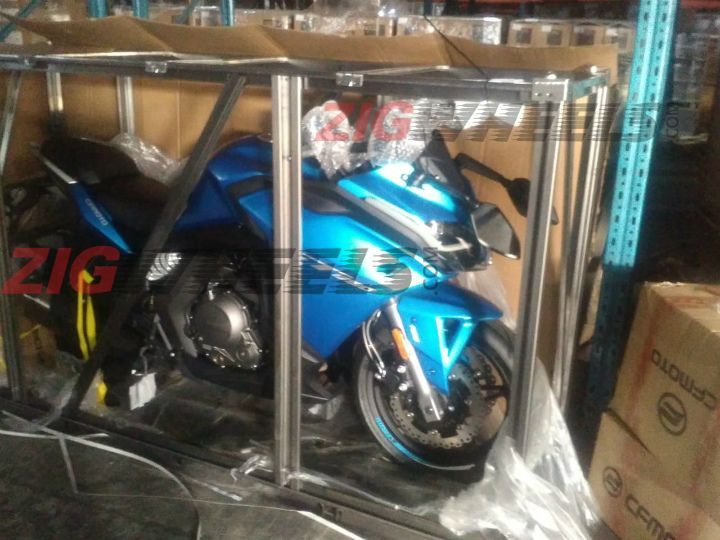 CFMoto is currently preparing to launch three all-new motorcycles next month - the 300NK, 650NK and 650MT. But these are not the only motorcycles that the Chinese bikemaker will bring to India. The company will also launch the 250NK and the 650GT in the country by Diwali this year. In fact, at the official launch, it will also showcase the 650GT. And now, we have got exclusive images of the first 650GT spotted in India. It is highly likely that the motorcycle in question is here for testing purposes.

The 650GT, on the other hand, gets conventional forks up front and a monoshock at the rear. It gets split seats and slightly different ergonomics, which should keep the rider comfortable during long distance trips. Other changes between the two include different LED headlamp setup and a beefier fairing for the 650GT.

First showcased at the 2018 EICMA Motor Show, the motorcycle will be powered by the same engine seen on the 650MT - a 649.3cc, liquid-cooled, parallel-twin. The motor churns out 70PS of power at 8,750rpm and 62Nm of torque at 7000rpm, while transmission duties are handled by a 6-speed gearbox. Braking hardware consists of dual 300mm disc brakes at the front and a single 240mm disc at the rear. The only rider aid that the CFMoto 650GT gets is dual-channel ABS.

CFMoto had mentioned that it plans to price its motorcycles competitively in India. And we expect the 650GT to retail for around Rs 5.5 lakh (ex-showroom). At this price, the CFMoto 650GT will rival the Kawasaki Ninja 650, which is priced at Rs 5.89 lakh (ex-showroom).