Here Are All The New Bikes Arriving in March

The coming month will bring everything from little commuters to sportsbikes to power cruisers! 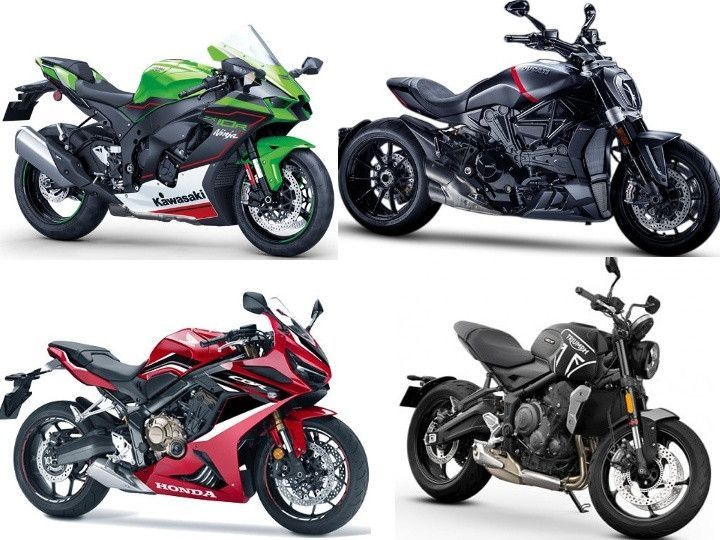 The relentless march of time continues, as we enter the 3rd month of 2021. Here are all the new bikes that you can expect to see launched in India in March:

Arguably the most anticipated new launch in March will be that of the Triumph Trident 660. This all-new model will gain the mantle of most affordable Triumph on sale, taking over from the Street Twin. It’s powered by an inline-triple motor, packs in a decent amount of features and features some pretty interesting styling, so it should be able to offer an authentic and uncompromised Triumph experience. We expect it to hit the market at around Rs 7.5 lakh (ex-showroom).

After a brief emissions-induced hiatus, Honda’s popular CBR650R sportsbike will be returning in BS6-compliant form this month. And it won’t be unchanged, because the Ceeber now features a Showa Separate Function Big Piston (SFF-BP) fork. That’s the good news. The bad news is that prices are likely to jump up to around Rs 8.5 lakh - 9 lakh once reintroduced.

Also returning to the Indian market this year will be one of the definitive power cruisers, the Ducati Diavel 1260, and its close cousin, the XDiavel. Finished with a cleaner burning engine, the former will launch at around Rs 18 lakh while the latter will sit around the Rs 19 lakh mark.

At the opposite end of the price spectrum, TVS has teased the launch of its popular Star City Plus commuter motorcycle. The 110cc bike is expected to get a front disc brake option for the first time, as well as new colour schemes. Expect it to cost around Rs 68,000 to Rs 70,000 with the front disc brake in place.

The rest of the world has moved on to the Ninja 400 and the Ninja ZX-25R, but here in India, Kawasaki is gearing up to reintroduce the Ninja 300 in BS6-compliant form. There were rumours about LED lighting and a TFT dash, but recent teasers from Kawasaki seem to indicate that the bike will be pretty much unchanged aside from the emissions update. So expect a price tag of around Rs 3.10 lakh.

Are you a fan of the new ZX-10R’s design? You’ll be able to see one in the flesh and decide soon enough, because we expect Kawasaki to launch its updated superbike in India in the latter half of this month. Expect it to start from around Rs 16 lakh and be joined by the more hardcore ZX-10RR at some point in the future.