Druid Motorcycles - The Most Elaborate Prank Of The Auto Industry

Here's how we fell prey to Milan Svoboda’s social experiment 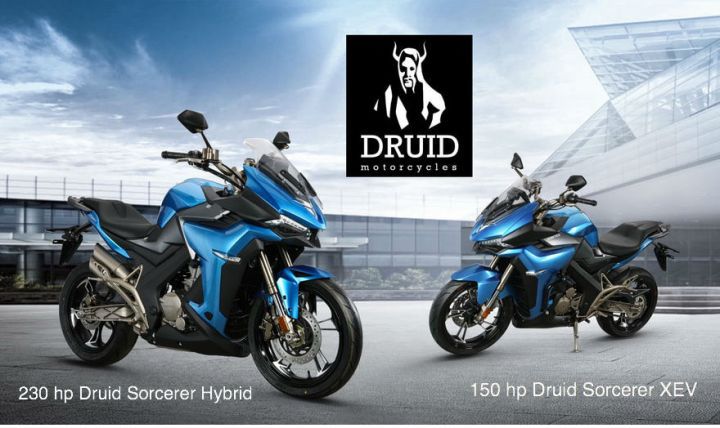 Druid Motorcycles created a lot of buzz (heh) when they announced two of the most ambitious motorcycles the auto industry has ever seen. Out of the two, the Druid Sorcerer claimed to make more power (231PS) than a Panigale V4 while being as technologically advanced as the Knight Rider and costing no more than a Maruti Suzuki Swift. We’re talking about Tesla and Koenigsegg rolled into one very affordable burrito.

Sounds too good to be true, right? Because, surprise, surprise it is. Druid Motorcycles, along with its “co-founder” Milan Svoboda, a self-taught aerospace engineer, war veteran and beekeeper, fooled us into salivating over something that doesn’t exist, and probably never will. It was all an elaborate prank.

I mean, come on, how did we not catch on to this? How did the self-taught aerospace engineer part didn’t instantly given it away? Or the 3D printed graphene frame part? Or even this gem of a press release, which was issued to deny the claims of plagiarism? “We prefer to communicate with media outlets that reproduce our claims verbatim and question nothing. That is how moto culture works, and how all brilliant new motorcycles are born.”

“Druid was not responsible for every pixel in our press relations any more than other brands could claim to have invented all of their content. Did BMW invent the wheel, or RGB color? Yet we see wheels and colors in all of their press materials.”

But it didn’t. Along with some very reputable news portals, we were also the ones who fell prey to it.

So what exactly is Druid Motorcycles then? A hilarious and concerning reflection of today’s auto industry. Just take a look at their ‘About’ page to know what we’re talking about. The Druid fiasco perfectly showcased just how much of a rat race the online news cycle has become. We’re sure there’s a lesson in here for all of us. Let’s just hope we all learn from this about the dangers of believing everything you read online prima facie. And we also hope that this teaches us to laugh at our own silliness once in a while.