Dear Suzuki, Don’t Make Us Wait For The Jimny: Opinion

Our gut says we’ll be waiting for quite some time, though. 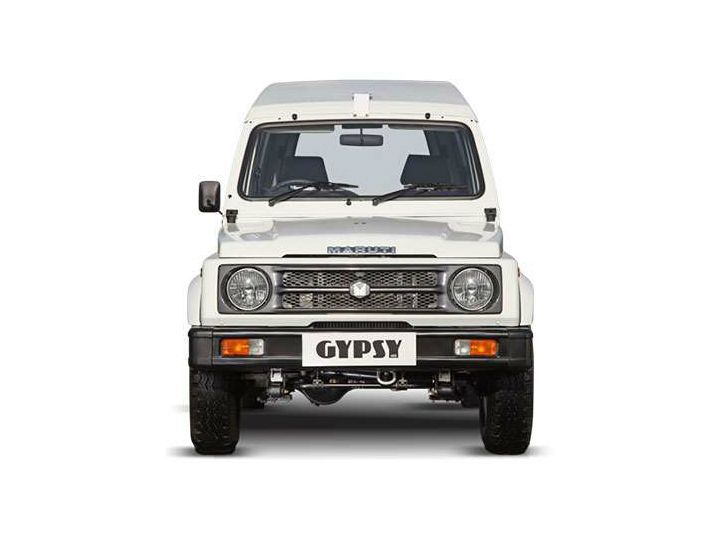 Admit it, when you were a kid, you looked at the Gypsy and said, “I’ll buy this when I’m older!”. Fast forward to 2018. You earn well, you’re in your corporate attire sneakily reading this with your fingers on Alt+Tab, and surprise surprise - you can actually afford that Gypsy without really thinking much. But, as much as your heart screams “YOLO”, there’s absolutely no rational reason to buy one. You’d have to wait for months, you will have to think the fuel needle is a “feature” and pretend that anti-lock brakes and airbags haven’t been invented yet.

Other “features” include a mirror on the sunvisor, floor carpet and a hazard warning light. You see what we’re on about, right? And, we’re sure Maruti is more than willing to downplay the Gypsy right now. Because, on Maruti Suzuki’s homepage, it’s the Alto 800  that’s tagged under “Adventure” and not the Gypsy. The jokes just write themselves.

Then there’s the fact that the age-old structure can’t possibly be upgraded to meet more stringent safety norms that kick in soon. There are the stricter BSVI emission norms that would require Maruti Suzuki to rework the 1.3-litre G13B motor too. Would Maruti Suzuki take that effort? Simple answer, no. So, we’ve established that the Gypsy deserves a dignified retirement then.

Enter the Jimny. Yes, that name rings a bell. I’ve been hearing rumours of its India debut for over a decade now. But, we’ve been bombarded with commuter hatchbacks for the most part of the decade, while other countries (including Pakistan and Sri Lanka!) got to muck about with the Jimny. Now, though, the scenario is a whole lot different.

One, Maruti Suzuki sells every second car in the country. Two, it now has an established chain of dealerships that sell premium cars — Nexa. Three, it’s a whole lot more enterprising now, willing to dive into niches like a sporty hatch such as the Baleno RS, a quirky kei car like the Ignis and an unabashed crossover such as the S-Cross. Dial in the fact that there are strong rumours about India being the production hub for the Jimny and it all starts coming together. However, the biggest factor here might just be the fact that Maruti Suzuki doesn’t really have much to lose.

The new Jimny fits in the puzzle rather well. Much like the Gypsy, it is a rugged-looking no-nonsense off-roader. Like the Gypsy, it too packs in a peppy petrol engine and not a diesel. Like the Gypsy, it’s a traditional ladder-on-frame SUV and looks happy to eat rocks, mud and dirt for breakfast. There’s a proper low range transfer case too. You can go to the beach with your pals, and not erm... beach it!

But there’s more. It’s a car from the 21st century, and it feels like it. So, you get goodies like a touchscreen infotainment system, cruise control, automatic air-conditioning and magical buttons that make the windows go up and down. While these were “luxuries” back in the day, they’re pretty much must-haves in today’s day and age, aren’t they?

Consider this - the market as a whole is becoming increasingly off-road savvy too. You know, because the speedbreaker outside our gated communities are too big. How can we forget, we’re back to loving (and wanting) petrol engines now. Finally, with its relatively simple recipe, the Jimny has all the makings of a new Raid de Himalaya regular too. The Jimny hits the sweet spot.

And, this appeals to you, you corporate-dressing, Gypsy-affording, well-earning person, doesn’t it? Don’t lie. It does. So, hey Maruti Suzuki! We know you’re reading this. It might not be the most practical car you put on sale, but it promises to be the most fun. And we could do with some of that. Please don’t make us wait for the new Jimny!