While we still don't have it in petrol, the Vitara Brezza now offers more safety kit and gets the convenience of an AMT. We play DJ to see if Maruti got the tune right. 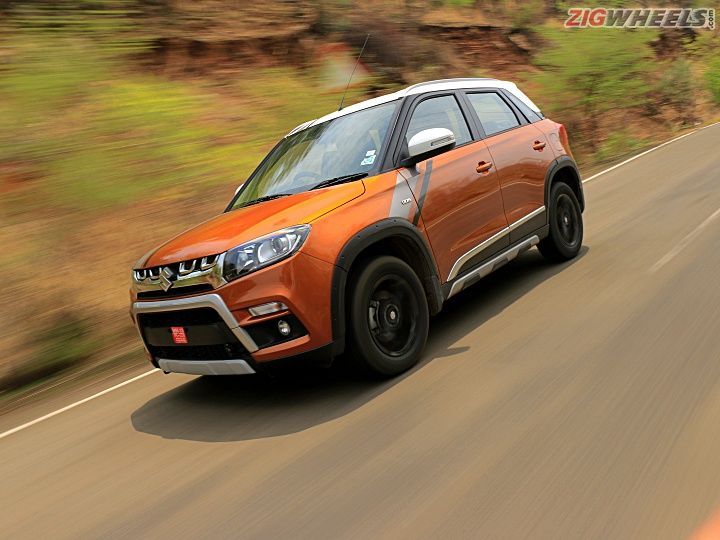 The Maruti Suzuki Vitara Brezza has been a hit since its launch early in 2016, selling over 10,000 units practically month on month. In fact, it’s quite literally been thrashing the pants off the competition in the process. So why change something that’s clearly a winning combination? The one thing that the Brezza lacked, aside from a petrol engine, was an automatic option. With Maruti witnessing a significant change in customer preference for the more convenient gearbox, the addition of the AMT is a logical choice. Maruti has also taken this opportunity to refresh the entire Vitara Brezza lineup with safety features that make it compliant for the upcoming Central Motor Vehicle Regulations (CMVR) that will come into force in October 2019.

Let’s take a look at what exactly has changed in the Vitara Brezza. The biggest change is the addition of the AMT gearbox option in the ZDI+, ZDI and VDI variants. This adds Rs 50,000 to the asking price over a manual variant but you lose cruise control. This also makes the VDI AMT the cheapest diesel compact SUV automatic on the market. While that’s good, sadly, Maruti has done away with the nice bright ‘Cerulean’ blue colour option. You get this new bling orange shade instead, along with some shiny new black alloy wheels in the ZDI and ZDI + variants.

On the safety front, dual airbags, ABS with EBD and rear parking sensors have been added to all the models. The Vitara Brezza now complies with the upcoming pedestrian safety norms and also features ISOFIX child seat mounts, high-speed warning alert, front seatbelt pretensioners and force limiters, which will also be standard across the range. Standard safety’s a lot better now and comes at a Rs 13,000 premium but we feel it's justified. Other than that, the Vitara Brezza essentially is the same feature loaded, value for money sub 4-metre SUV it always was.

To be honest, we weren’t too excited to be testing another AMT. Automated manuals of the budget variety, in our experience, are purely a means to an end rather than a comfortable alternative to making a million gear changes or aching left leg muscles in peak traffic. They tend to have their own problems, with jerky takeoffs and annoying head nods when the computer decides it’s time to make a gear change. We’ve also driven Maruti’s own Dzire and Swift diesel AMTs in the past, albeit with the 74PS engine rather than the 90PS one, and the experience was much the same. So there was little to suggest that this experience would have any more luster to it.

But surprise, surprise! The AMT in the Brezza is really quite a revelation. In the city, the shifts are pleasant and unremarkable. And with AMTs, that’s a good thing. They are not completely imperceivable but there is practically no head nod and the computer logic holds on to gears a little longer, so it also doesn’t keep shifting up and down the gearbox in traffic.

Maruti also seems to have calmed down throttle response a little and this means you do have to push the pedal down if you really want the power. But the flip side is that take-offs are smooth and when driving calmly in the city, at times we completely forgot we were driving an AMT-equipped vehicle! The AMT also does a good job of disguising the sudden spurt of acceleration when the turbo kicks in and that’s further improved the driving experience. It’s only when you want to get a move on that you do notice that the gear shifts are not quite as quick or smooth as you would like them to be. Shifting into manual mode and easing off the throttle when shifting takes care of this though.

So is it all good news then? Well, there is one small downside. With the computer deciding your shifts there tends to be more gear changes in and around town. On the highway too, when encountering traffic, the gearbox can shift down to 4th and even third if you come up to a slow moving truck. And these more frequent changes have increased fuel consumption a little. But when you look at the numbers - 17.6kmpl in the city and 20.9kmpl on the highway (21.7kmpl and 25.3kmpl for the manual), the Vitara Brezza still stays very efficient.

The rest of the equation remains essentially the same. The ride quality is on the stiff side and at city speeds you will feel most of the road in the cabin. At higher speeds this stiffness brings about good body control for a tallboy design and while there is some roll, it is composed and the Brezza is still an exciting SUV to drive quickly. The interiors haven’t changed either, with the all-black theme doing little to hide the lack luster plastics. Its feature list also remains essentially the same with this top end ZDI+ variant getting the SmartPlay infotainment system with Apple CarPlay, Android Auto and MirrorLink. The in-car audio, interiors and exteriors can also be spruced up a little with Maruti’s excellent iCreate program.

We have to give kudos to Maruti for updating the safety and adding the AMT gearbox. We may not have a petrol variant yet, but considering that it’s the best selling vehicle in the segment by a country mile, we don’t see Maruti taking the effort unless market winds take a drastic turn away from diesels. The AMT is a brilliant addition to the Vitara Brezza.

In fact, it’s so good that we’d recommend you chose the automatic over the manual. Not only for the convenience but also because in doing away with the annoying surge in power it’s actually better to drive in the city. And that in our books makes up for the slight drop in efficiency and the increase in price.