Yamaha has replaced the 110cc motor with a new and more powerful 125cc motor! 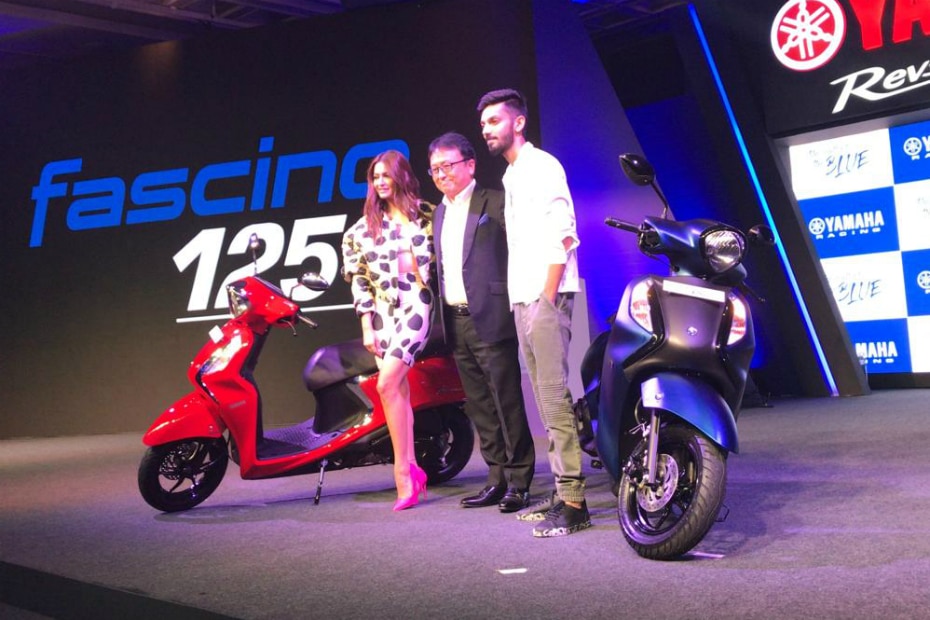 Yamaha India has made a bold move. The Japanese manufacturer has discontinued its 110cc scooters in the country and is replacing them with 125cc models. The first scooters to get the bigger and more powerful engine are the new Fascino 125 Fi and the Ray ZR 125 Fi. The new Fascino 125 Fi is available in four variants and is priced between Rs 66,430 and Rs 69,930. The BS6 Ray ZR 125 Fi, on the other hand, is available in two variants, but the bike maker hasn’t revealed the prices yet. However, we expect the new Ray ZR 125 Fi to be around 10 to 15 per cent more expensive than the older model.

The BS6-compliant Fascino 125 Fi was spotted a few months back, making it easy for us to point out the changes. For starters, the seat is now a bit longer and flatter than before and the side panels have been tweaked as well. The handlebar is now 20mm higher and 18mm closer to the rider than before. Those with a keen eye will also notice that the grab handle is different compared to the older model.

The BS6-compliant Fascino 125 Fi and Ray ZR 125 Fi are powered by a new 125cc engine that churns 8.2PS and 9.7Nm of torque, which is 1PS and 1.6Nm more than before. Yamaha claims the fuel efficiency has gone up by 16 per cent at 58kmpl. At 99kg (kerb weight), both the scooters are now 4kg lighter than before, making them the lightest 125cc scooters in India. Suspension hardware includes a telescopic fork up front and a single shock absorber at the rear.

The new Ray ZR gets a complete image makeover. It gets a new front fascia, new decals and new paint schemes. Moreover, it gets LED DRLs and a fully digital instrument console. Yamaha has given both scooters new features like ‘Quiet Engine Start’ (which is similar to Honda's silent start system) and side stand engine cutoff. In terms of rivals, the new Fascino 125 Fi goes up against the 2019 Honda Activa 125 and the Hero Maestro Edge 125. The Ray ZR 125 Fi will rival the TVS Ntorq 125 and the Honda Grazia.

With the launch of these two-wheelers, Yamaha India now has the biggest portfolio of BS6-compliant products. However, we can expect more manufacturers to launch several updated two-wheelers in the coming weeks. Hero has announced that it will launch ten new models while TVS is planning to launch a slew of updated two-wheelers in the coming weeks. So get ready for an action-packed new year and stay tuned to ZigWheels for all the latest updates.