The specifications of the motorcycle has been leaked online 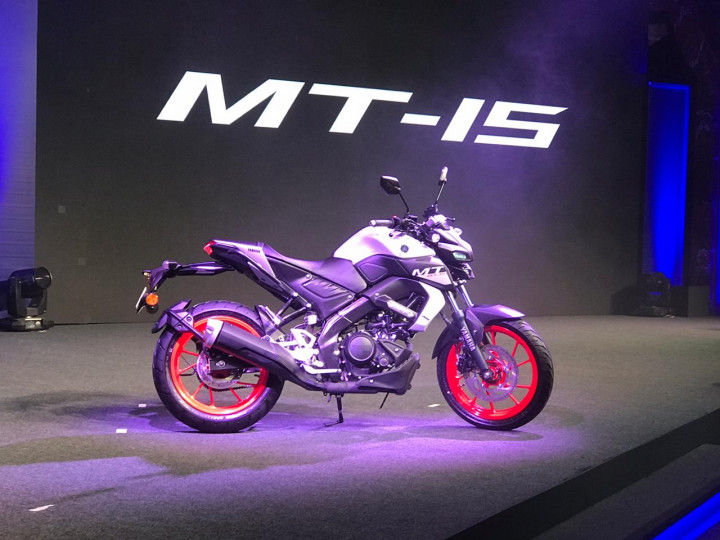 Yamaha had unveiled the BS6 MT-15 along with the launch of the BS6 Fascino 125 Fi in December last year. Ahead of its official launch in February, some of the specifications of the naked bike has surfaced online. The motorcycle produces 18.49PS at 10,000rpm, which is 0.13PS less compared to its BS6-compliant fully faired brother, the YZF-R15 Version 3.0.

While the torque figure hasn’t been revealed yet, expect the bike to make around the same amount as the faired iteration (14.1Nm). If we’re lucky, Yamaha might also retain the torque figure as the BS4 MT-15, which is 14.7Nm. However, the MT-15 has a different final drive ratio, which offers greater acceleration instead of outright top speed. So, expect the real-world dynamics to feel different compared to the BS6 R15 V3.0. The engine continues to be paired with a 6-speed transmission with assist and slipper clutch.

Some of the dimensions like length (2020mm), width (800mm), height (1070mm) and wheelbase (1335mm) have also been revealed and they remain unchanged compared to the BS4-compliant version of the MT-15. However, it remains to be seen whether there are any changes to the kerb weight of the motorcycle. Interestingly, the kerb weight of the BS6 R15 Version 3.0 remained unchanged, and expect Yamaha to follow suit in the MT-15 as well.

Other notable changes in the BS6-compliant bike are a side stand engine cut-off feature, new white colour scheme called ‘Ice Fluo-Vermillion’ with red alloys and a standard rear radial tyre. Unlike the BS6-compliant R15 V3.0, the MT-15 makes do with a single horn setup.

Other than these changes, the motorcycle remains the same as its BS4 counterpart. We’d have liked if Yamaha had offered a dual-channel ABS as standard in the BS6-compliant model.

Expect Yamaha to command a premium of about Rs 4,000 over the current-generation MT-15, which retails at Rs 1.36 lakh (ex-showroom, Delhi). Once launched, it will compete against the KTM 125 Duke, which is also set to be updated to comply with the upcoming BS6 emission norms.