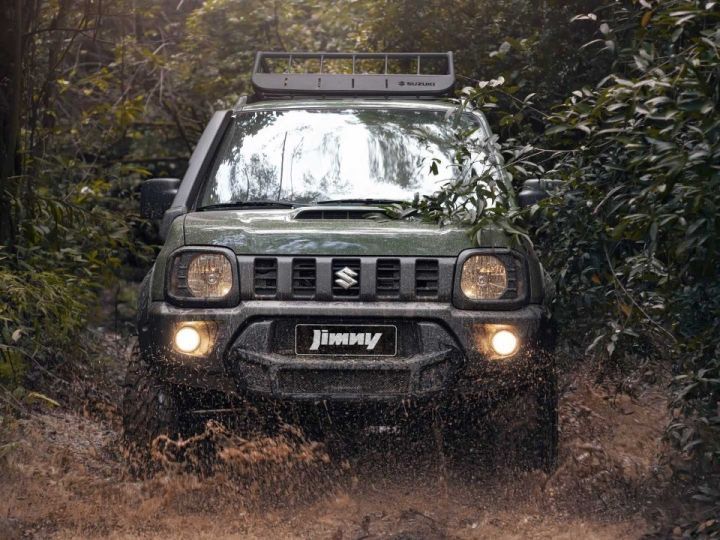 It is not fair. More so when you know that Suzuki offers not one but two generations of the Jimny in Brazil. It’s been an eternity since we've been waiting to see the Jimny here in India. And this wait might or might not be worth it – it all comes down to how the India-bound Jimny 5-door looks and retains its character. The folks in Brazil are lucky in that context and here’s why.

Suzuki only sells two cars in Brazil at the moment and that is not an issue considering that both of them are Jimnys. The third-generation JB53 generation Jimny is sold as just the Jimny while the current fourth-generation JB74 is sold as the Jimny Sierra. But it doesn’t end there. Both these SUVs also get four variants each. The third-generation car is available as Jimny 4Work, Jimny 4All, Jimny 4Sport and Jimny Forest. No doubt the 4Sport is a focused version but the Jimny Forest stands out from everything as it is easily one of the coolest Jimny variant in existence, with its striking dark green shade and goodies like side rails, a massive roof rack, snorkel, and off-road tyres.

The current-gen Jimny Sierra is also sold in four iterations - 4You MT, 4You AT, 4Sport and 4Style AT. The 4Sport is the more focused version of the lot and is actually limited to 100 units for the Brazilian market. It comes in a Nardo Grey-ish shade and gets a host of updates such as an off-road front bumper, snorkel, side rails, blue tow hooks (front and rear) and blacked-out alloy wheels. The older Jimny is powered by a 1.3-litre M13A petrol engine churning out 85 PS. The current Sierra, on the other hand, gets a 108PS 1.5-litre K15B petrol engine. The latter is available with a manual and an automatic transmission option as well.

Unfortunately, all we can do is look at these special variants in Brazil and keep on dreaming while we STILL wait for Maruti Suzuki to launch the 5-door Jimny in 2023. The Jimny’s USP lies in its compact footprint and three-door dimensions. If Maruti Suzuki strictly believes the 3-door won’t work in India, we suggest they keep a track of the number of Mahindra Thars on our roads. Lest we forget, a 5-door Jimny is better than nothing and on that note, we will soldier on with our waiting.