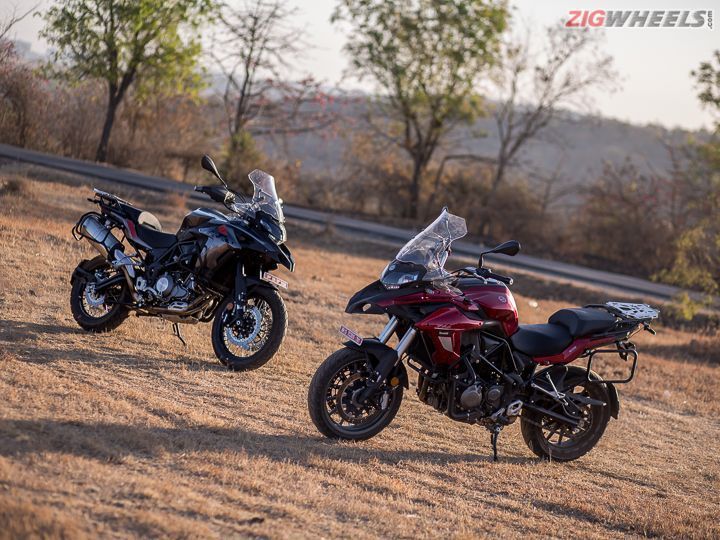 Benelli India has received quite a good response for its middleweight ADV, the TRK 502 and the TRK 502X. The company has registered 150 bookings in 15 days since launch. That’s really commendable considering it currently has just 18 dealerships across the country. We rode the two motorcycles and found the road-biased variant to be really alluring as it ticked all the right boxes for a softroader, notwithstanding its weight.

But interestingly, more customers have booked the off-road-biased TRK 502X than the road-biased TRK 502. It speaks volumes about how more riders are interested in off-roading than just touring. Moreover, the TRK’s styling is quite aggressive and the large dimensions make the motorcycle feel like a full-sized adventure tourer. It also doesn’t have a real rival in its segment at that price point (Rs 5 lakh for the TRK 502 and Rs 5.4 lakh for the 502X, both ex-showroom, India) as the only other options are the smaller Kawasaki Versys-X 300 and the more expensive Suzuki V-Strom 650 XT. Head here for the first ride review of both TRK 502 variants. Meanwhile, here’s the press release from Benelli:

Benelli is making consistent efforts to boost its dealership network across India. Staying true to its commitment of setting up 40 dealerships in India, by the end of 2019, Benelli has added eight new dealers to its network in the month of March. Taking the total number of dealership count to 18, across PAN India. Benelli has launched new facilities in Vijayawada, Goa, Delhi, Mangalore, Kolkata, Guwahati, Vadodara and Chennai.

Vikas Jhabakh, Managing Director, Benelli India said, “We are indeed delighted to receive record bookings for the Benelli TRK 502X and TRK 502 models within a short period of the launch and this has boosted our confidence towards launching new models in India in the near future. As per our commitment to our customers in India, we are continuously evaluating the opportunities to grow our network and offer a more diversified portfolio of products through our eminent dealers”

With limited Rs. 10,000 worth official Benelli merchandise and accessory vouchers available, offer is valid only till 31st March 2019.

However, you can continue to pre-book your TRK 502 and TRK 502X by visiting india.benelli.com and paying a booking amount of just Rs. 10,000.