Bookings will be open for a limited period only 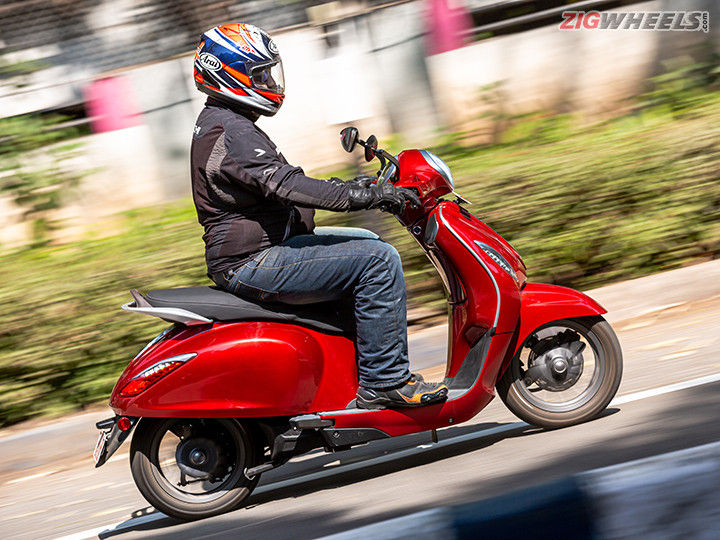 Last month, Bajaj hiked the price of the Chetak by a staggering Rs 15,000 before it stopped accepting bookings. Now, the Indian two-wheeler giant has announced it will resume bookings for its electric scooter on April 13, albeit for a limited period only.

Bajaj was the first major Indian two-wheeler brand to introduce a premium electric scooter last year, however, the pandemic played spoilsport with its plans. Barely two months after the launch of the e-scooter, production came to a halt and the brand was forced to stop sales. Though bookings resumed in June, Bajaj’s supply chain took a big hit. The brand has been aiming at increasing localisation ever since, and if it has managed to achieve that, we won’t see another massive surge in the scooter’s price. For reference, the Chetak was priced at Rs 1,15,000 (Urbane) and Rs 1,20,000 (Premium) before Bajaj stopped accepting bookings.

The Bajaj Chetak is powered by a 4kW BLDC motor that belts out 16Nm. It offers a real world range of 95km in Eco mode and 85km in Sport mode.

Unfortunately, the Bajaj Chetak is only available in Pune and Bengaluru while the TVS iQube Electric is limited to Delhi and Bengaluru. Ather Energy, on the other hand, has been expanding aggressively to cities like Mumbai, Ahmedabad, Jaipur, and more recently to Delhi as well. However, unlike the 450X, the Chetak is a more affordable, no-nonsense e-scooter.