Your Android Smartphone Could Double Up As A Digital Car Key

Unveiled during the Google I/O conference, it eliminates the need for bulky key fobs, and can be shared amongst others easily 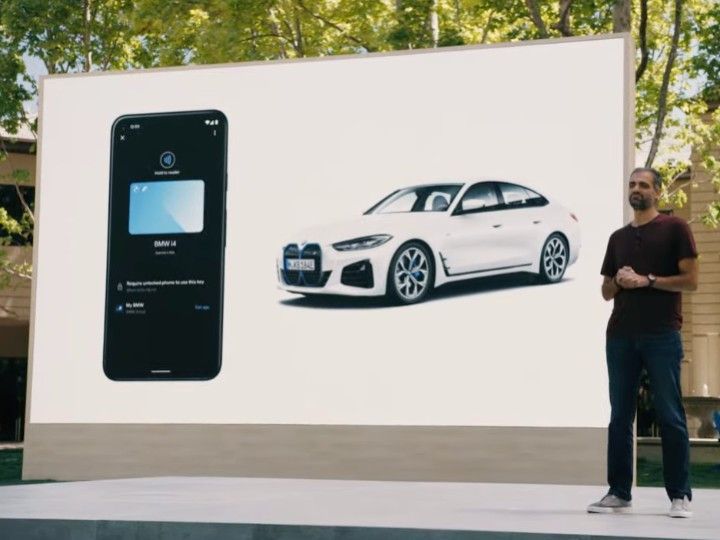 Google is all set to roll out the latest Android 12 OS for its Android smartphones, which will bring in a new UI, performance improvements, and new features. And one of these new features will make accessing your car a lot easier thanks to Digital Car Key.

Simply put, it is a cool feature where you can lock, unlock or even start your car via your Android smartphone, essentially eliminating the need to carry around bulky key fobs with you all the time. The digital key uses Ultra Wideband (UWB) technology which acts as a tiny radar. So you wouldn’t even need to get your phone out of your pocket to access the vehicle. It can also work with NFC-compatible cars where a simple tap of your phone to the car door unlocks the car. What’s more, you can share this digital key amongst your friends and family.

This isn’t the first time this tech was introduced, as Apple themselves rolled out this kind of feature in the iOS 14 software update back in June 2020. Also, cars that have connected car technology already have a similar feature via specific apps developed by the carmaker. But the caveat is that you’ll still have to carry a key fob around for safety reasons. For the Android 12’s digital car key, you only need your Android smartphone and you’re good to go.

For now, Google will be rolling out the digital car key feature on select Google Pixel and Samsung Galaxy smartphones. As for the first car to get this, it may start with the BMW i4 electric vehicle, and then slowly branch out to other carmakers in the near future.